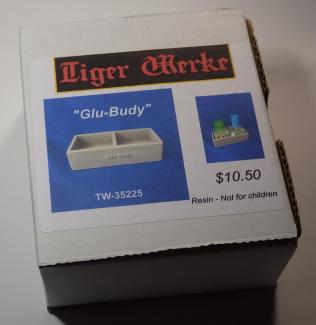 I can’t be the only one who has accidentally knocked over an open bottle of plastic cement while working on a model. The damage it does to your cutting matte can be pretty awful, but if it spills onto a sprue of parts or the model itself, it could downright ruin your day. Well, have no fear Tiger Werke has that issue solved, or at least has made it nearly impossible to happen again. Those fine folks have designed a resin bottle holder, for either a Tamiya or Mr. Cement bottle, to keep them upright and your cutting matts and model parts safe. The small resin block has two squares the perfect size for a variety of products, whether it’s glue or pigment or wash. 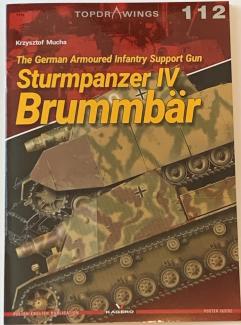 A variant of the iconic Panzer IV, the Sturmpanzer IV Brummbär (SdKfz 166, Sturmgeschütz IV für 15cm StuH 43) was a German self-propelled assault gun. Work on the design began in 1942 with a goal of creating a vehicle well suited for the demands of urban warfare. The gun was based on the PzKpfw IV Ausf. E and F and, later, Ausf. G. Initially, the vehicle carried 15 cm StuH 43 howitzer, which was later replaced by a 15 cm StuH 23/1 L/12 weapon. The Brummbär went into production in 1943 and its first use was in Operation Citadel around the Kursk salient. Eventually, units equipped with this assault gun defended the Anzio and Normandy landings and participated in the Warsaw Uprising.

In total, 300 vehicles were built during the war, with 4 remaining survivors. The drawings in this publication are based on the vehicle at the Kubinka Tank Museum near Moscow. 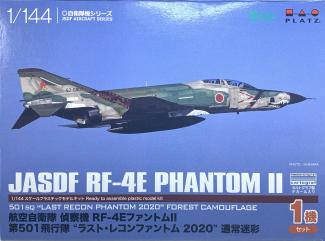 It had to end eventually. After nearly a 40-year run in the Japanese Air Self Defense Force’s (JASDF) venerable Phantoms were finally retired in 2020. Several model companies re-released their RF-4 / F-4 kits to commemorate the myriad of markings worn by these Phinal Phantoms at the end of their JASDF careers. Platz was no exception and one such release included the RF-4E Recce Phantom with the forest camouflage. Markings for 3 different machines in the squadron were included in the kit. 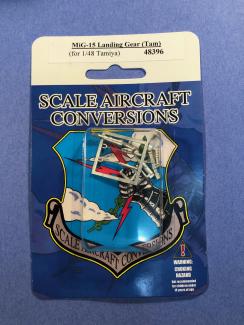 Scale Aircraft Conversions now has over thirty years of experience supplying resin and white metal parts to model builders, and their product listing continues to expand. This is the eleventh landing gear set from SAC that I have reviewed, and once again, they have provided an excellent metal option for kit-supplied landing gear. This set is intended for the 1/48 scale MiG-15 released by Tamiya (I have kits 89535 (silver color plated) and 89573 (clear edition) in my stash while other releases include the original 61043, 61080 (clear edition re-release), and 89729 with GAZ-67B)). The purpose of this replacement set is to provide stronger landing gear that is adjustable if necessary to obtain the proper angles. Even with no previous experience in using white metal parts, this set will provide an upgrade that most modelers will have no issue installing. 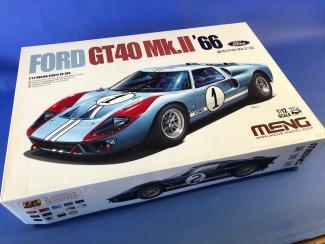 Developed by the Ford Motor Company and Carroll Shelby to end the dominance of Ferrari in the preeminent 24 Hours of LeMans, the Ford GT40 Mk.II become an iconic American built race car. After failing to finish the race in 1965, the Ford GTs finished 1-2-3 in 1966 in a humiliating loss for Ferrari. As three GT40s took the lead in the final laps. Ford executives ordered race leading Ken Miles in the No. 1 car to slow down and let the other two GT40s catch up, for a photo of all three cars crossing the finish line together. When everyone thought Miles had won, the race officials announced that the No. 2 car driven by Bruce McLaren was the winner. Though the two cars crossed the finish line at the same time, the No. 2 car had driven a longer distance as it started about 20 meters behind the No. 1 car. The victory was Ford's first win in the Le Mans 24 Hour race, making Ford the first American manufacturer to win at Le Mans.