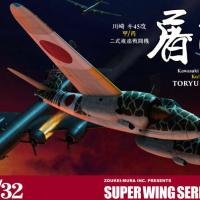 Part two begins the major work on the cockpit and fuselage interior.

As with all ZM kits you are building the entire interior of the aircraft. Full cockpit, center section, and rear gunner position.

The build in this part starts with the center section using the cockpit and center floor and adding in the fuel tank assembly. Forward and rear bulkheads are added along with the wing spar. This spar is not just a short piece either it’s the entire spar assembly for both wings and acts as a fuel tank cover for what turns out to be a lower tank. Lower fuel tank side supports are added along with the alerion linkage rod then work on the cockpit begins. I chose to add to this kit the ZM Photo Etch so some of the cockpit pieces will be switched out for etch. It’s a small addition as there isn’t much PE but it really adds to an already amazing kit.

The cockpit construction starts with the rudder pedal assembly being attached to the seat support; this then gets attached to the forward part of the center section. It has the control stick linkage molded in that attaches to the aileron rod so if the stick could move so would the ailerons. (like I said ZM kits are basically real airplanes in small scale) next comes adding the various levers and panels to the sidewalls of the cockpit. Some of the PE is used here but make sure you note which variant you are building as some of the PE is not used in the KOU version of the kit. After that comes the forward bulkhead items such as armor plating, oil tank etc., It’s amazing what detail is here! As a side note most everything here is painted in Vallejo khaki grey but some detail parts need to be painted red or silver. The directions give very good call outs for these with color photos throughout so just keep an eye out as to what needs to be painted before assembly. The seat is next and though ZM gives you the option of using separate plastic seat belts I chose to go with the photo etch ones.  One unique thing is that the seat has a seat cover! It’s a shell shaped piece that fits over the upper part and is painted gray. It looks unique compared to a lot of world war 2 seats. Next comes the control stick. Again, make sure you pick the right one for the variant you’re doing. The stick was painted and installed. (make sure you have some tiny brushes for this one) The last part of the cockpit is the Control Panel. ZM gives you various plastic options  for the panel gray plastic, or clear and the various ways to paint and decal them but I went with the PE option as it was simpler and what I was used to using, adding a bit of clear window glue to each dial to give it a glass look. No matter what way you chose if you take your time it will look great.

Moving to the rear gunner station, work begins on the rear bulkhead with what they call a linkage rod. Then comes the Hi-2 Radio which has a PE face you can add if you have the add on PE set. Next up is the seat base which you can chose to show as raised or lowered, I went with raised since no one was sitting in it.  The gun mount is then added, and this part can raise or lower just like the real thing (the directions explain how the original worked.) After this the seat is attached to the mount. I used the PE belts again instead of the plastic ones. The seat is painted in alclad aluminum with a black seat cushion. The side walls are added next and these get some PE as well. Much like the cockpit sidewalls make sure you pre paint the detail parts as they will be hard to get at after. The sidewalls then attach to a rear bulkhead and a shelf with a cannon cartridge and a parachute are added. All this helps to keep the sidewalls square while it dries so make sure everything stays aligned. The last thing that is added in the rear is an Aux instrument panel, this too can be upgraded with a PE face.

The last portion of the fuselage build is to build out the center section between the two cockpits, add the control linkages, the 20mm underside cannon and start adding the “skins” to the aircraft. The center section has you building the upper fuel tank, o2 bottle assembly and bulkheads, then when these parts are firmly attached, flip the aircraft over and attach the rudder and elevator  linkage rod, take notice of the directions showing you which way it goes as one side is a bit longer than the other, add the underside fuselage bulkheads to form the lower cannon bay and then attach the 4 part Ho-3 20mm cannon and the canon magazine to the top of the cannon. When done set the fuselage aside to let everything dry.

When ready attach all the various radios, bread bags and other parts to fill out the fuselage halves. Some of these have optional PE faces from the PE set so that added a bit of time but helps make the sidewalls pop. After this build the spent collection box and tail wheel assembly. I left off the tailwheel itself until final assembly, but the strut needs to be attached to the fuselage before then.

Fuselage “skinning” assembly begins with attaching the right side to the aircraft. Make sure all mating surfaces are bare of paint. ZM really doesn’t give you much wiggle room as tolerances are very tight, any excess paint will cause fit issues. Once everything looks good go ahead and glue the side onto the interior. Then attach the previously built spent case collection box and the ammo storage for the rear machine gun. Attach the rear bulkheads and control link extensions along with the previously made tail wheel. Make sure everything remains square and attach the left side fuselage half. Then slide in the upper fuselage, after attaching the rear beacon light, slide it forward and it will snap into place. Setting this large assembly aside to solidify let’s move on to the nose section.

As I chose the Kai Ko option this airplane has two forward firing “machine cannons” and we need to make the ammo storage and nose bulkhead. If you chose option B you can skip most of this. I do recommend test fitting the assembly to the rest of the fuselage while the rear bulkhead is drying so that you can make sure it’s at the proper angle. When the subassembly is ready attach it to the nose of the plane. There are color photos to show you exactly how much should be sticking out in front of the fuselage sides.

The final section of this review is to add the fuselage underside plate. This is where the underside cannon sticks out and is the last large fuselage “skin” to be attached. Its also the only spot where I had any type of fit trouble. It will take some sanding and puttying to fill the seams on this one but its not a huge problem. Just a slight disappointment as the rest of the kit is near perfect. One thing I did do is remove the barrel of the underside canon for ease of painting. Attach part G-26 to the bottom plate and that completes this part of the build

Part 3 will be the wings, tail, and final build thoughts.

Again, my deep appreciation to Zoukei-Mura and IPMS for allowing me to review this amazing kit.

Cockpit and fuel tanks- right side

Cockpit and fuel tanks - Left Side

All Interior
Previous Next