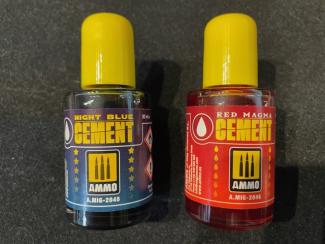 The constant ingenuity of our modeling industry never ceases to amaze me—such is the case of colored model glue. This is novel approach which will provide a solution to an issue that many of us did not know existed.

“Hold the parts together, apply the cement to the joint and allow it draw itself into the gap by capillary action. Its red [or blue] colour stands out against the plastic surface, clearly showing where it is being applied. This also allows you to be sure the entire joint is covered and will facilitate the sanding process. Completely dries in 10 minutes.” 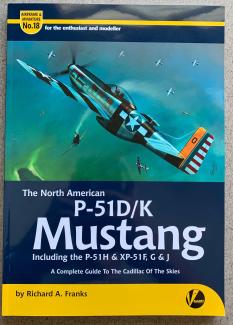 The Airframe and Miniature series by Valiant Publications gives the modeler and the enthusiast the most information and details you will find about a given subject.

When you first open the book, you will see the table of contents, then the preface. The preface goes over a brief history of P-51s from the B model up to the K model. There are also lists of USAAF and RAF squadrons that operated P-51s during and after WWII. The preface concludes with a run-down of which countries used the aircraft, how they were acquired and, their operational life.

Chapter one is the evolution of the P-51 from the XP-51D to the P-51K-20-NT. Each version of the P-51 has about a paragraph of information on the differences between models and a side profile.

Chapter two is about the evolution of the Photoreconnaissance, trainers, and projected production versions. With the same layout of chapter one. 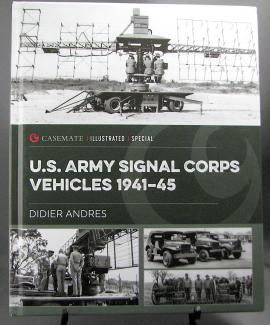 This hardbound book was of great interest to me, as my Great Uncle was with Co C, 4th Signal BN in WWII. This book follows a few others by this author on similar subjects which are also of interest to the modeler. 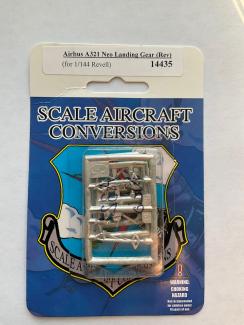 With the success of its A320/321 Airbus has proven a worthy competitor to the Boeing 737. This set replaces the gear parts in the Revell A321 New Engine Option (NEO) kit. Six parts are provided and the casting is directly from the kit parts including runners with kit part numbers on them. No doubt, there are advantages to metal parts supporting a model of this size but there are some issues. Removing the parts from the sprues was difficult to do without distorting the parts. The metal used is very pliable so they can be straightened out. In this scale, I don't know how precise the parts prep would have to be but the sample had some offsets in casting that needed a lot of material removal to make level joints. Once the struts are glued to the main gear, it makes a pretty stout assembly. I did not have the kit to compare too but photos references do match the parts fairly well. 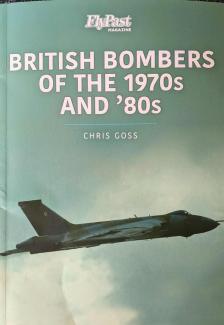 This book covers only the Blackburn Buccaneer and the Avro Vulcan. The author was intimately involved with the Buccaneer as a pilot and instructor, so most of the volume concerns this aircraft. In fact, he states that he spent most of his career avoiding the Vulcan so is not really the man to write about that aircraft. It is not really a reference book as no background, historical or technical information is supplied in the text, and the only text besides that on the five pages of the Foreward, Introduction and Appendix consists of the captions of the numerous photos, which are the real heart of this short work. Many of the Buccaneer photos are from the author’s collection and it is obvious that this volume is an homage to that aircraft, with the Vulcan taking rather a back seat. The photos, and there are many, many of them, are of value to the modeler for the different markings shown rather than detail shots of landing gear, ejector seats and such which some may be looking for.