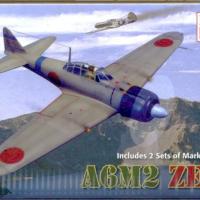 The A6M2 Zero-sen was the best carrier-based fighter in the world from 1940 to 1942, when more powerful Allied aircraft came on the scene. Fairly fast, very maneuverable, capable of a good rate of climb, it was dominant in the Pacific at the beginning of World War II. One of the markings for the Minicraft A6M2 is from the Soryu at Pearl Harbor, the other is for the “Akutan Zero” which crash landed almost intact in the Aleutians, and was flown by the US Navy for evaluation.

Two sprues of light gray plastic and a clear canopy. The wing and horizontal stabilizer are each one piece, with 2 fuselage halves, and a separate cowling. The landing gear is one-piece, with the wheels and gear legs molded onto the doors. A separate set of doors for “gear up” are provided, along with a bladeless prop hub. The prop is one piece, and the tail wheel assembly is all one part. There’s a one-piece fuel tank provided. 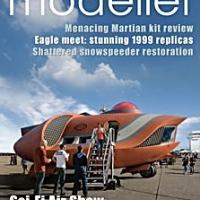 I have three or four of these magazines and have also written a review on volume 15. The magazine is always a good read and this issue is no different, there are fourteen articles in this issue. They range from a 1:72nd scale Eagle Booster set (Space 1999) from Warp Models to 1:1 scale Galaxy Quest prop kits from Pegasus Hobbies.

This issue has the 3rd part of a 3 part story on the designing of the Moebius Jupiter 2 which offered a chance for all of us to see what goes into designing such a kit ( I can’t wait to build mine). The article on how to repair a damaged Snow speeder has great information that should be of help to all who have had some mishaps happen to our models such as kids and the cat all come to mind. 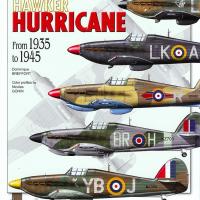 Editor's note:This publication appears to be superseded by "Hawker Hurricane from 1937 to 1950" with same ISBN Number.

The Planes and Pilots book series published by Casemate on the British design and built Hawker Hurricane is number fourteen of the group. This eighty-three page book covers a decade of time, and Mr. Brefford’s attempt to cover reference material to attract both the historian and modeler is well done. He tells how Sir Sydney Camm was appointed Chief Engineer at Hawker and how the Hurricane aircraft became the direct decedent of the Hawker Fury. In just a few beginning pages are details covering the aircraft from design, prototype and beginning operational service status. 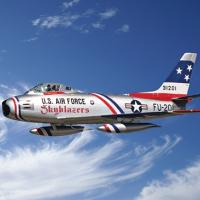 The F-86F Sabre happens to be my favorite jet aircraft so when this kit was given to IPMS for review I almost begged to do it.

This kit is not in a scale I normally build but since it was one of the only Skyblazer scheme F-86s, I just had to do it. I was not sorry. Upon opening the box the first thing that amazed me was the size of the decal sheet. It is huge and had every bit of the great color scheme in decal form so I did not have to mask and airbrush anything.

The cockpit was adequate with decal instruments and side consoles. The seat was fine with the belts molded in. I liked the way that the cockpit fit with the intake trunk and front landing gear bay. When assembled, it became foolproof with the L/G well in just the right place and the same with the cockpit. 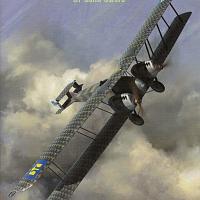 Although most World War I enthusiasts are familiar with the Gotha bombers, and for a time, the name Gotha was the generic term for any large biplane bomber with black crosses on its wings, little information has been published about the airplanes that Gotha designed to replace its standard long range bombers. Although too late for service in the Great War, these planes represented a step forward in bomber design, featuring better streamlining and higher performance using smaller airframes. Several prototypes were ordered, including the G.VII, GL.VII, G.VIII. and G.IX. There were many variations of the basic design, and some were envisioned as reconnaissance aircraft with specialized camera installations, and even as armored ground attack types. Only a few early models appear to have been used on operations, mainly on photographic missions, although no documentation survives. About 200 late model Gotha bombers were turned over to the Allied Armistice Commission after the war.