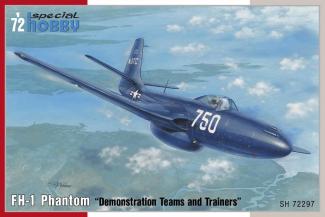 If you are a fan of US Naval aviation in 1/72 scale, you will likely want to add one of the Special Hobby kits of the FH-1 Phantom to your collection as this was the first operational jet used by both the Navy and Marine Corps. Built up, the kit is a great representation of the Phantom, but I would recommend that the modeler have some experience building kits, as there were some fit issues to overcome. Overall, I would still highly recommend this unique representation of the Navy’s first operational jet. 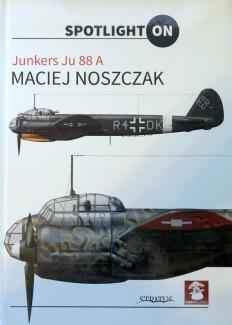 MMP’s “Spotlight On” series seems designed primarily around color profiles with a relatively narrow focus on a specific subject. Most of the series covers aircraft, but I have seen at least one armor title in the group. The Ju 88A book, like most in the series, consists primarily of large, full-page color profiles of the subject matter.

Upon opening the narrow, hardcover book, one is immediately presented with an introductory page briefly discussing the Ju 88’s development and a synopsis of the different subtypes within the “A” models. This is immediately followed by over 40 pages of color profiles. The last page of the book has publishing information and shows the covers of several other titles in the series. 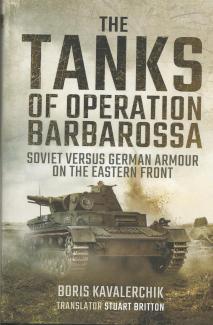 The Tanks of Operation Barbarossa

This publication is available in three formats. The hardback version is $43.00, and both the eBook(ePub) version and eBook (PDF) version are $26.00.

“Adobe Digital Editions” is needed to download and view eBooks. This book was first published in Great Britain by Pen and Sword Limited and is distributed in North America by Casemate Publishers. 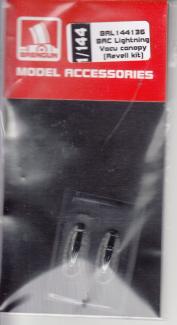 This is a replacement canopy for Revell’s 1/144 EE Lightning jet fighter.

Everyone has that moment when they realize that the canopy for their model is missing, damaged, or unusable for some reason. As far as unusable, I’ve had canopies for some kits which were so thick and murky that there wasn’t any reason to put detail in the cockpit.

This one was just an exercise in doing a vacuform canopy. The Revell canopy for their EE Lightning F.6 was usable, but this item had been sitting on the list for a while, and I thought we owed Brengun a review.

I built the Revell Lightning pretty much out of the box, except for the markings which I borrowed from aftermarket sheets, modified from the kit decals, and made my own serials and aircraft numbers. 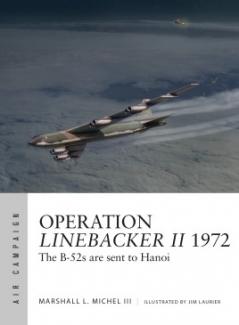 In his organization of this book, Mr. Michel provides a logical approach to this ‘air campaign.’ The Table of Contents provides for the basic outline:

During his introduction, I was surprised to read the author’s comments about an earlier book I had read and prior to this point considered to be the basic groundwork for this air war over Vietnam; Linebacker II: A View From the Rock. He calls this early recounting of the Linebacker II operations “an inaccurate and self-aggrandizing memoir.”

In this book, the author clearly lays out the 11 nights of the Linebacker II, and often ill-conceived organization, planning, and operations of these strategic and tactical missions. He does so in a very convincing manner.