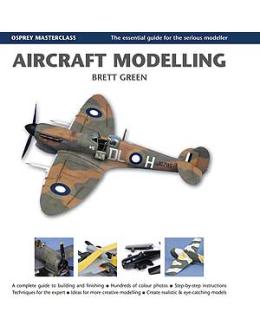 This most recent release in the Osprey "Master Class" series (designed to give the modeler the “biggest bang for the buck”) is printed with a hard cover and a spiral binder holding 192 pages loaded with easy to follow text and color shots of “how to” sequences. It also gives us beautifully completed models by Brett Green, world renowned master modeler, as well as highly talented folks such as Roy Sutherland, Mick Evans and others. It is designed to be a “workbench” book that will stay open (thanks to the spiral binding) when put down. Although this book is described as a “guide for the serious modeler”, it goes well beyond that, and should appeal to the “curious” among you that wonder (as I have so many times) “now how the hell did he do that !?” If you fall into that category, you will find this reference publication a must include for your personal library. 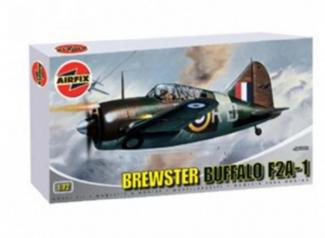 Several months ago, I was asked to review an excellent publication dealing with the Brewster 339’s operated by the Netherlands East Indies Air Force in the Malaya-Dutch East Indies theatre of operations at the beginning of World War II. It was entitled Brewster B-339C/D/-23 History of Camouflage and Markings by Gerard Casius and Luuk Boerman, and appeared on the IPMS site a while back. There was a set of decals for Brewster Buffaloes in Dutch, RAAF, American and Japanese markings in both 1/72 and 1/48 scale. These looked very good, and John Ratzenberger wrote a review on the decal sheet, but I decided to actually build some of the models and use the decal sheet, and as usual, the project got a little bit out of hand, resulting in six new Buffalo models that I need to find space for in my model display cabinets. 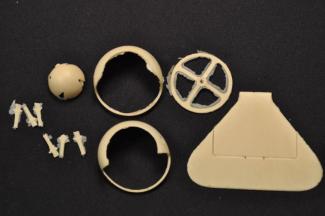 Loon Models bills this set as a “No Cut” conversion. It comprises a small number of tan resin pieces of moderate quality to directly replace styrene counterparts in Roden’s 1/32 scale Siemens-Schuckert D-III kit.

Included are two cowls, one a replacement for the “standard” number supplied in the kit and the second a later “cut back” version. Along with these are a “non vented” propeller hub, a separate engine frame assembly and a horizontal stabilizer/elevator assembly with the shorter span, narrow chord control surface of the earlier production D-III’s.

The parts come packaged in a zip lock bag inside a thermoform plastic box. There is a single sheet of written instructions with no pictures or diagrams, construction sequences, in-progress illustrations or references. 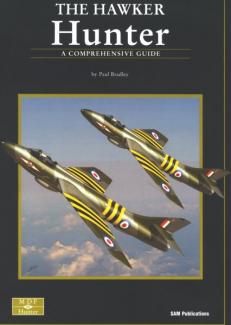 Thanks to SAM Publications and Paul Bradley for the review copy.

During the IPMS National Convention in Columbus, I bought the Modeler’s Datafiles 12, 13 and 14, on the F-4 Phantom. I was impressed with these books, and I’m impressed with this one too. This book has all the information a modeler needs to build a Hawker Hunter, including a kit listing, a decal listing and an accessory/conversion listing. I find I spend a lot of time looking for info on aircraft I build, and this book will save me on research next time I build a Hunter.

The table of contents is as follows: 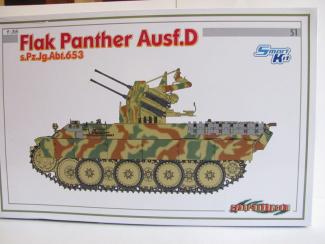 I could not find very much information on this vehicle since it was a one-off field conversion. It was part of the HQ Company of the s.Pz.Jg. Abt. 653 during the battle of Kursk and it appears that this vehicle survived until at least summer of 1944, but I could not confirm that.

This is a kit of the Panther D as a Befehlspanzer or command tank from DML’s Cyberhobby line. The kit comes as a smart kit and is loaded as usual with a boat load of extra parts. And correctly for an early D, it does not have Zimmerit coating since this wasn’t applied to tanks until September of 1943. The kit contains the following: