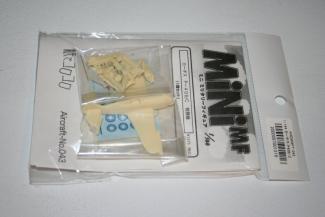 I became aware of Kami di Korokoro several months back when I was surfing through the HLJ site and happened to find that there was a 1/144 model of the TSR.2 available in Japan. I had to have it. It was cheap, and I bought it. The TSR.2 is paper. One of those projects I’ll get to some day. I also got this all-resin 1/144 P-40 from HobbyLink Japan.

There’s really not much to this kit as far as parts go. There’s the fuselage/wing/stabilizers and the canopy, propeller, main gear, tail wheel and the doors. Decals for an AVG P-40B and a USAAF P-40C of the 97th Pursuit Group are provided. 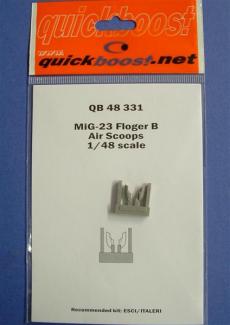 Like most Soviet aircraft of their era, the Mig-23 and Mig-27 have dorsal air scoops over the engine compartment to provide auxiliary cooling. These are large scoops and are quite noticeable on the real plane. The only 1/48 scale kit of these aircraft is the 1980's era Italeri (ex-ESCI) kit, and ESCI broke out from most of the kits of the era and molded the scoops open. While this is better than many kits, the opening is simplistic, it is molded in two halves so there is a seam to clean up, and the scoop is not quite right in shape. Quickboost again steps in with another simple aftermarket set to correct these deficiencies. Rendered in resin are two crisply cast and highly detailed replacement scoops. The shape and detail is superb; it even captures the splitter plate inside! Installation is easy, just cut from the block and attach to the airframe. I continue to be impressed by Quickboost’s quality and range of offerings; they offer details rarely seen in the market before. 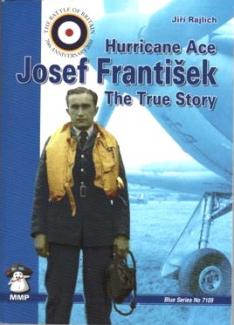 This is another fine book in the MMP Blue series. It covers the life of Battle of Britain ace Josef Frantisek from his birth in Czechoslovakia and his time in the Czech Air Force through his service in a Polish Squadron in the RAF up till his untimely death on a routine mission.

The book begins with what little is known of Frantisek’s early life and his induction into the Czech Air Force. This section also contains a number of good photographs of the various aircraft used by the Czech Air Force during his service until the surrender to German forces in March of 1939.

The next chapters covers his escape to Poland and eventual travel to France with other Czech and Polish pilots where he planned to continue the fight against the Nazis. He remained in the Polish Air Force which fought alongside the Armee d’e l’Air Four day after the French surrender, Frantisek and other Polish pilots had completed their escape to Britain. 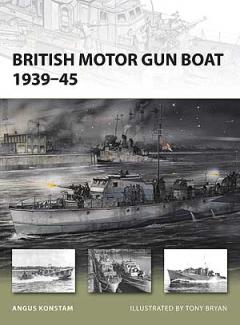 Most of you have heard of PT Boats, E-Boats, and MTBs. There have been movies, books, and some good models of these boats. But a class that doesn’t get that much attention is the British Motor Gun Boats or MGBs. This 48 page soft-cover book starts with the development of these craft. The Motor Torpedo Boats did not have the firepower to take on their German cousins, so the initial thought was to remove the torpedo tubes and add heavier weapons. Later, boats made specifically as MGBs were created and finally, some of these were rearmed with torpedos by the end of the war, making a full circle. 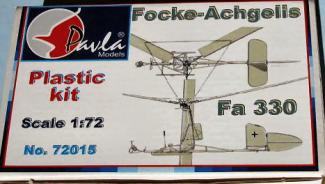 After being let go from Focke-Wulf in 1936, Heinrich Focke went on to form the Focke-Achgelis company with Gerd Achgelis. The goal was to focus on the development of helicopters for Germany. The Fa-330 Bachstelze, or “wagtail” in English, was actually a rotary-wing kite that was typically towed behind Type IX U-boats via a 500 foot tow line. The aircraft could be deployed by only two crewmembers, and could be launched and attain full altitude in about seven minutes, providing about twenty-five miles of visibility while searching for targets for the U-boat. The U-boat moving forward at around 18 knots was sufficient to keep the aircraft flying. Unfortunately, the process for reeling the aircraft back in took considerably longer, so if under attack, the best option was to cut loose the aircraft (although this was probably not looked at as the best option for the pilot).