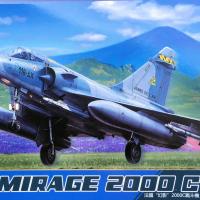 So, on to the next Kitty Hawk “new” kit…

This kit is one of Kitty Hawk’s better releases. The plastic is strong yet easy to work with, and receptive to standard cements. The parts have a clean appearance on the runners, and when assembled were accurate in dimensions and fit. External tanks that are round and require a minimum of seam cleanup made me happy.

On to the build: this is not going to be a horsey/ducky rundown; everyone has a different view on how to do these things, and I thought this would be better. First: It is my personal opinion KittyHawk did not go overboard on cockpit detail. The ejection seat is passable, and the model is set up for a good appearance straight out of the box. Cockpit detail is adequate, using the panel and decal method for the displays, dials, and switches. Color call outs are generic, and matched to paints currently available. Exterior engraving is there, and seems to match from part to part. Parts fit is mostly good… except for closing panels that are meant to be displaying the cannons, and the landing gear doors. Again, fit is designed to have much “Hanging out”. Kittyhawk is improving all around from their first kit, the F-94C. Keep at it long enough and you’ll be ahead of just about everyone else!

This kit contained a bonus resin pilot, appearing to originally been product of a 3-d printer master. Detail is astounding, and the facial features and relief are all extremely well done, as is the personal equipment and flight gear. This draws away attention from the detailed (but basic) cockpit and ejection seat. Included is a Photoetch harness, which I used to restrain the pilot figure after installation. I had also modified one of the arms to stay within the cockpit area, as the driver is obviously gesturing to a ground crew member with the right arm.

Early on I determined to build the model gear up, in flight. Many reasons for this, one of which shelf and display space are becoming a premium, and so up went the gear doors. The wells themselves are extremely “well” done (ha ha) but lack the super-detailing in there, just waiting for attention from the AMS crowd. Brake lines, electrical plumbing, and other details are not catered for, but will not be missed by the occasional model builder. The gear doors themselves took a bit of work to install, as they were not intended to be put in the flight position. This required a modicum of putty and sanding work.

The exterior surface parts went together pretty well…. The intakes were pre-painted, and after assembly fit snugly in place. A swipe with a sanding pad brought everything in line. There are two nose radomes in the kit, one with external lightning diffuser strips, and one with nothing on it. I did not use the radar parts, but you can display the kit with it exposed. Four very small and fragile dipoles are included for this on the photoetch fret. I also did not do a good job of fitting the radome in place, and had a small amount of sanding to do.

The kit includes a basic engine; the front has a detailed fan assembly, and the hot end has a basic turbine and flameholder, with generic ducting and a resin augmentor petal nozzle. This is particularly well done, making up for the less detailed plastic engine bits. This fits easily within the fuselage sides, and the previously mentioned cockpit and intake installations all came together without fuss.

The wing assemblies have separate elevon and ailerons, and the fin also has three different tip sections with different Electronic countermeasure protrusion additions. The builder decides which is important based on the operator of the chosen marking scheme on the instructions. The wing was an accurate fit, and the fuselage was now looking like a Mirage. The clear canopy is two piece, and fits well both up and down… rare these days. As the pilot was in and the gear was up, I used the new blue-light cement to install it, and had zero problems with fogging. This had the additional benefit of having the glue cure through the canopy, ensuring a dust-free seal. The wings assembled and fit well… the builder can show off the two wing root cannon, and the closed option of the cannon access door being the order of the day I built up the cannon wells and painted everything, after which I cemented the doors closed.

The landing gear and wheel/tire assemblies, even though I did not use them, were extremely well detailed, and now that I have a second kit and a SAC set, I’ll be opting for the down position (and Eduards’ new interior and exterior detail sets). I’d also like a resin cockpit and engine hot section, but I don’t foresee much call for those.

With our current situation with CCP flu, the internet is the only option for paint in my case, and all the hundreds of little accumulated jars over the years I had no French blue, and many seemed to be out of it. Oh well, time to mix it by eyeball. Using the trusty Vallejo paints, I did so and was pleased how it all came out of my knockoff airbrush.

Time for decals and markings. There are sufficient stencils to take care of one jet; a separate full color section is included inside the instruction leaflet, allowing the builder to salivate over which country’s paint scheme will be applied. Several dark blue-gray over light gray French, Taiwan, and Greek versions are catered to, and one desert tan and brown scheme French bird. The fin decals are the master touch, all being generated by Cartograph in rich saturation and fidelity, and I based my Greek decision on that particular fin’s version. All the decals behaved well, but I found I “tented” both sides of the lower fin decal after they dried… leaving the decal standing proud but attached at top and bottom to the fin and upper fuselage. Some day they will fracture, but not today. I didn’t have time to fix the problem or touch up.

I could not figure out the various armaments which were on this particular Greek jet (probably none with these markings but I decided to use the twin-cannon centerline pod. The instructions and parts seemed to be for different models than the 2000 series fighter; the holes in the struts did not match the pods. I had to use my trusty drill and bits to figure out where to mount the thing, and with no pictures I just guessed on what seemed correct. In the end, it’s good and looks different. Various Captive and live missiles are included, and the decal sheet caters to them as well… I’m not an expert on French Missiles, but they look pretty well spot on.

At the end of the day I’ll be having a great looking Mirage 2000 on a stick… which should allow easy display. Either that, or I start reverting to 1966 and hanging them off the ceiling. Hmmm.

Thanks again to Glenn at Kitty Hawk for sending IPMS USA this kit to review, and Phil for agreeing for my reporting on it. Like so many other models, being a reviewer means I can decide which kits are worthy of a second effort. This one is such a model… and yes, I have one now in the stash.