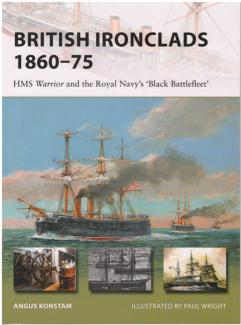 Osprey’s newest addition to the New Vanguard series tackles one of the revolutions in naval construction and warfare – the ironclad. In one of the slimmer editions of this series, this volume follows the tried and true formula of the series. Using a mix of original artwork and contemporary illustrations, the author examines the origins, armor, ordnance, propulsion and crew accommodations on early British Ironclads. Unfortunately, if you are looking for service histories of the ships of the Black Battlefleet, they are not included in the narrative. That is the only disappointment in this volume. 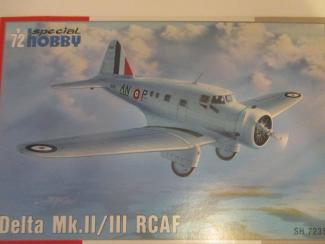 The kit consists of five light grey styrene sprues and one clear unit. Many parts, especially on Sprue D, are listed as not to be used. Some bombs and racks are also provided on Sprue G, but there is no reference in the instructions as to which variants carried them. More good fodder for the spares box.

The parts are well molded with very little flash, although the window openings required a little bit of trimming. Concerning the window arrangement, there is apparently another version of this kit with a straight row of rectangular windows, but this one had four square and four round windows, plus some oddly shaped windows by the cockpit, and, of course, the pilot’s windshield. There is adequate interior detail, including a complete cockpit, some rear cargo compartment detail, including radios, a seat, and several cameras. There is even a machine gun mounted in a ventral position. I can’t imagine why this was installed, but I included it in my model 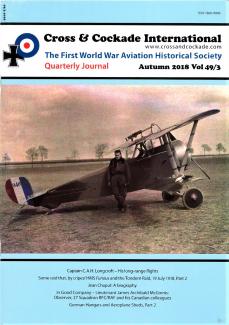 The latest journal of Cross & Cockade International - Autumn 2018, features a front cover photograph of Jean Chaput in front of his Nieuport 11, N940. This color 1916 photograph was based on the Autochrome technology developed by the brothers Auguste and Louis Lumière. The inside rear cover features color illustrations by Juanita Franzl of Lt. Dawson’s and Lt N. E. Williams’ Ship’s Camels. The outside rear cover features color illustrations by David Méchin of Jean Chaput’s aircraft. If you check out the web site link above, you can get additional sample pics of the current issue. 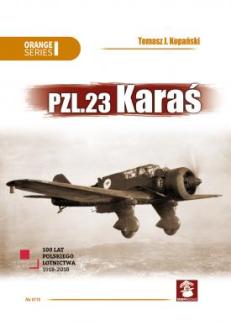 The PZL P-23 Karas was one of the most important combat aircraft in the inventory of the Polish Military Aviation prior to the outbreak of World War II. Designed as a three place light bomber and reconnaissance type in the early thirties, and powered by the Polish-built Bristol Pegasus radial engine, the p-23 was placed in production in time to be available during the German invasion in 1939. Numerous units were equipped with the P-23A and P-23B versions, and these operated in the light bomber and reconnaissance role during the time that Poland was defending itself against the Germans. Later, when the Russians issued their “stab in the back” invasion, most of the surviving P-23’s were flown to Romania, where some of them soldiered on until the end of the war. A few were also exported to Bulgaria before the war, and these were redesignated P-43A due to a change in engines. 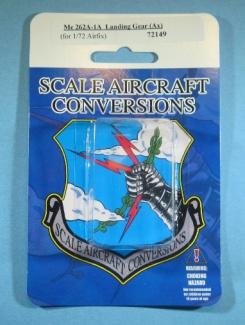 Me 262A-1A Landing Gear for Airfix

The parts are for the Airfix Me-262 are well cast and had no flash or other area that needed to be sanded. I bent one of the struts when removing from the sprue but could straighten it out easily. I had to put heavier weight in the front of the jet than anticipated so it would not be a tail sitter and the SAC landing gear stood up to the weight very well.

When gluing the landing gear to the aircraft I used CA and the parts fit perfectly without any modifications to the join areas.

The landing gear would be a great addition to the model kit and is a recommendation for purchase.