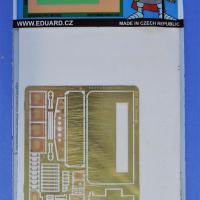 Eduard has produced this nice photoetch set to add considerable detail to ICM’s Horch 108 Typ 40 WWII German Personnel Car. The set adds much better detail to the light and equipment mounting brackets on the front fenders, the brackets and plaques on the rear doors, the rifle clamps, and many other miscellaneous details. 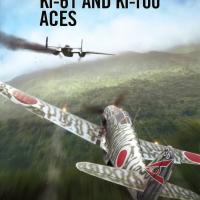 This is at least Nicholas Millman’s third title with Ronnie Olsthoorn illustrating for Osprey Publishing. Aircraft of the Aces 100 – Ki-44 ‘Tojo’ Aces of World War 2 was published in 2011 and Aircraft of the Aces 103 – Ki-27 ‘Nate Aces was published in 2013. Nicholas Millman is one of Britain’s leading researchers of Japanese military aviation. In addition to publishing articles in specialist journals, his own range of reference materials and supporting the research of other authors, he runs a website (http://www.aviationofjapan.com/) dedicated to the subject which attracts visitors from 194 countries. 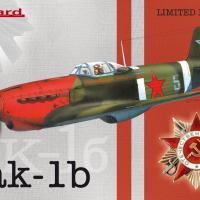 The Yakovlev Yak-1 was a single-seat monoplane with a composite structure and wooden wings. It was extremely maneuverable, fast and well armed plus it was reliable and easy to maintain. The Yak-1 was truly the epitome of a World War II Soviet fighter aircraft. The Yak-1b featured a new bubble canopy with lowered rear fuselage, increased armor, ShKAS machine guns replaced with a single 12.7 mm (0.5 in) Berezin UBS, electrical and pneumatic firing of the weapons instead of the mechanical system, new control stick based on the Messerschmitt Bf 109 design, new gunsight, airtight fuselage, retractable tailwheel, improved engine cooling, and a Klimov M-105PF engine with better low-altitude performance. The "b" was an unofficial designation. After October 1942, all Yak-1s were built to this standard. The first flight (aircraft No.3560) took place in June 1942, with aircraft entering production in August. A total of 4,188 were built. 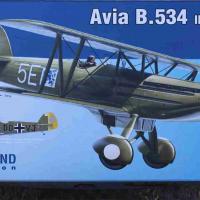 The Avia B.534 was developed in 1934 as an extension of the B.34 fighter. This version was produced in small numbers for the Czechoslovak Air Force with several engine/airframe modifications. The aircraft was used in various roles by the Czech in WW2 and the Germans found them formidable enough that they kept production going into 1941. But rapid advancements in aircraft design meant that the Avia B.534 was obsolete by 1942. The Bulgarians used the Avia B.534 in combat against the B24 Liberators operations against Ploesti.

The kit is produced by Eduard, a well-known model company who bring us high quality model kits and accessories. The box artwork shows an Avia B.534 in flight in a quarter view. 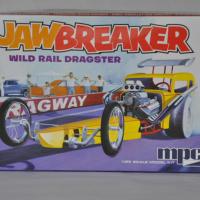 The Jawbreaker Dragster is a Round 2 Models reissue of the old MPC kit. Round2models has recently purchased the rights to a number of old favorite models from the past. Names like MPC, AMT, Hawk, Lindburg, and Polar Lights all live again under this banner. All are friendly reminders of days past, and all share in a certain level of nostalgia. How many times have I said “Gee, I’d love to build that kit again.” Thanks to Round2Models, it’s now possible to build some of these classic kits once again.

The Jawbreaker Dragster is one of those kits. Originally produced by powerhouse MPC back in the day, this kit is a front engine slingshot dragster with a coupe body on the rear. A wing mounted on the roll bar and body work covering the front frame comes from a time when breaking the 200 mile per hour barrier on the dragstrip was considered a major milestone.