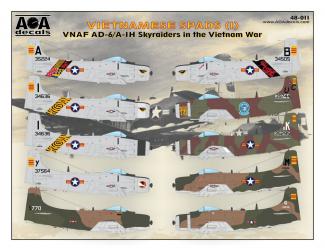 The Vietnamese operated the AD-6/A-1H Skyraiders alongside their US counterparts. The Spad, or Sandy, was actually developed in the waning hours of WWII. It saw service in Korea and Vietnam. Capable of carrying a variety of ordnance and still having long loiter times the Spad was a vital part of the Air Rescue operations of the US and Vietnamese. Close air support was the name of the game and the Vietnamese were sold Skyraiders and they used them as effectively as their US counterparts.

The Vietnamese deployed the Skyraider in a variety of paint schemes. This first sheet covers the Skyraiders from 1962 all the way up to 1971 with some really colorful schemes. 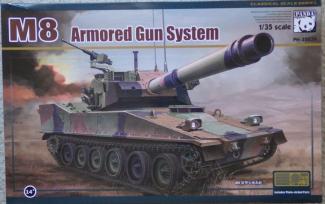 In the 80s, the U.S. Army began to look for a light tank to replace the M551 Sheridan. Specifically, the Army was looking for an air-deployable tank to support its airborne Divisions and to replace their TOW anti-tank HMMWVs. In 1992, the Army selected United Defense’s vehicle designated XM8-AGS. Six prototypes were made and the M8 began trials. The basic armor package of the M8 is made of welded aluminum alloy, designed for rapid deployment and was capable of being airdropped from a C-130. There were 2 additional levels of modular armor planned for the vehicle depending on the threat level of the operating environment. Each additional level obviously increased the weight of the AFV, which decreased it’s “air mobility”, but still kept it light enough that at its maximum armor protection, up to 5 could be delivered via air landing on a C-5 Galaxy. 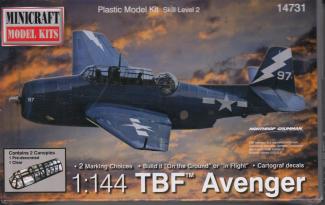 The Grumman Avenger (TBF) was first used at the Battle of Midway. It was a carrier based torpedo bomber, but was also used as a light bomber, carrying one 2,000 pound bomb or 4x 500 pound bombs. The Avenger was the heaviest US single engine aircraft of WW 2, weighing in at 400 pounds more than the P-47.

In 1943 Grumman began phasing out Avenger production in favor of Hellcats. Production was taken over by Eastern Aircraft, a division of General Motors. The designation for these aircraft was TBM. There were 4,600 TBMs produced, but most of the aircraft used in WW2 were TBFs.

In June of 1943, George HW Bush, the future president of the US was shot down over Chichi Jima, parachuting from the TBF and landing in the Pacific Ocean. He was rescued by the submarine Finback, and later received the Distinguished Flying Cross.

Avengers were also part of the operations which sank the Japanese battleships Musashi and Yamato. 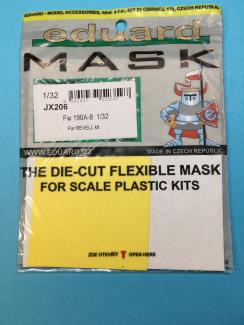 Thank you to the Eduard Company for sending this masking set for review, it is always a pleasure to see what your new products bring to the scale-modeling world. Thank you also to the IPMS Reviewer Corps staff members who do the hard work in getting us modeling products to review, the reviews posted, and the news spread to the world. 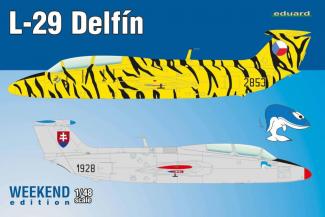 Eduard Models has repacked the very good AvantGarde AMK L-29 in 1/48 scale. Eduard provides a striking Tiger finish, with decals for each stripe. It also offers a photoetch fret and masks, but these add-ons are not part of the original Weekend box. They are items FE903 and EX596. I had the opportunity to review the extra items together with the Weekend box, so I went ahead and review them all together.

I really like that Eduard now is offering PE and Masks in the same month that they release a Weekend item. That truly allows the modeler to customize the level of detail he or she wants to use in finishing the model.

In the box you find 4 sprues (one clear) of the recently released 1/48 AMK L-29. You find what you can expect of a brand new mold: no flash, sharp panel lines, small sprue gates, firm but not brittle plastic.