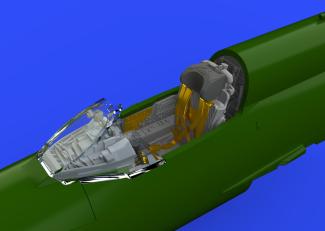 Last summer Eduard released its much anticipated MiG-21MF kit in 1/72 scale. The initial release represents aircraft manufactured at the Gorky factory. In conjunction with the release of this kit, Eduard also released a separate resin cockpit set for these late model MiG-21MFs. 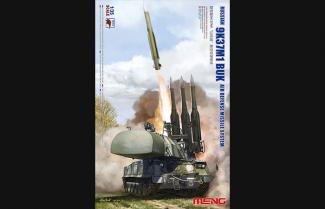 The Buk (Beech Tree) missile system is an integrated system of self-propelled, medium-range surface-to-air missile systems developed by the Soviet Union and the Russian Federation. The Buk system is designed to counter all manner of airborne threats from cruise missiles to unmanned aerial vehicles. This new kit from Meng represents the Buk-M1-2 transporter erector launcher and radar (TELAR) vehicle. TELAR superstructure is a turret containing the fire control radar at the front and a launcher with four ready-to-fire missiles on top. 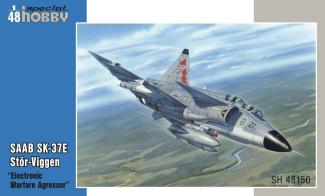 The Saab 37 Viggen was an aircraft ahead of its time. Its designers used an unorthodox construction which enabled the plane to meet all requirements which had been laid on it and in some parameters even surpass them. The Swedish Air Force ordered several various versions of the Viggen jet fighter, its basic design formed a universal platform which, using specialized equipment, enabled the plane to be used for different roles. The first prototype machine took off for its maiden flight on 8 February 1967 with E. Dalström at the controls. The aircraft was powered by a Volvo RM8 turbofan, a license-built variant of the Pratt & Whitney JT8D with an afterburner and thrust reverser which, in addition to the double-delta wing design, enhanced the plane’s performance the takeoffs and landings on short airstrips. The avionics of the Viggen was state-of-the-art at the time, the Viggen was the first type to be equipped with a computer with integrated circuits. 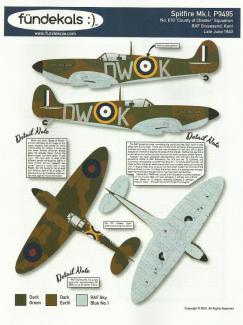 If you’re as big a fan of Spitfires as I am, you’re going to REALLY love this product by Fündekals. Labeled “Spitfire Part 1” this product is actually two and a half sheets of decals, packed with markings. Frankly, I’ve never encountered a more useful decal sheet for Spitfires than this one.

Twelve different sets are included in this package (as well as numerous extras) covering everything from Spitfire Mk. 1s from the Battle of Britain to late-war Mk. XVIes. Not only British Spitfires are offered in the mix, but American Eagle Squadron aircraft are included as well. It does NOT, however, include walkways and stenciling, although it does include the gun patches associated with each aircraft.

The KTO Rosomak is a Polish 8x8 wheeled Infantry Fighting Vehicle. This smoke grenade launcher upgrade set is made for the IBG Models KTP Rosomak Polish APC – “The Green Devil”, kit number 35032 and for kit number 35033, the basic Polish APC. It is designed to be used with any Rosomak that have the 30mm turret.

This aftermarket kit consists of a resin plate, six brass launcher tubes, two types of resin tube covers and five very small brass rivets. The kit is very well packed in clear plastic bubble pack that is stapled to a backing card. There is a one-page instruction sheet that is inside this backing card. The parts are housed in cutouts in the foam backing, so they are very well secured and easy to see while still packaged.