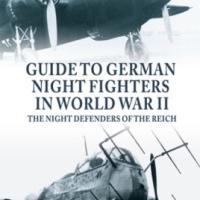 This book presents a detailed description of the efforts of the German Luftwaffe to defend against the night bombing offensive of the British Royal Air Force during the course of World War II. Of course, the Americans were also involved, but their primary attacks were carried out in daylight, so the main German efforts were against the RAF bombers and Mosquito night fighters. The author gives a good account of the course of the war, and the technological development on both sides as the war dragged on. The Luftwaffe’s main problem was their shortage of fuel supplies, and resulting restricted training programs. There were a number of approaches to the problems of locating enemy aircraft flying into German territory, and shooting them down without being shot down in return was a major issue.

The author does a fine job of explaining each of these topics, telling how the crews were trained and how the various radar devices were developed and used against their adversaries, and also Allied defensive systems to counter Luftwaffe efforts. There are a lot of photographs illustrating the aircraft types and equipment, most of which have not been published before. A few color drawings illustrate the major types of aircraft used in their typical color schemes, and some line drawings show weapons placement within the aircraft. If you are interested in a basic coverage of the subject of Luftwaffe night fighters, this book certainly provides it. Of course, the bibliography lists other sources of information, and there is some reference of source material in the text, as to what source presents what particular viewpoint on a particular issue.

One feature of the book is the author’s listing of the source of various photographs. He mentions in the introduction that many photos came from unidentified sources, and these are credited accordingly. One photo, of a Japanese Nakajima J1N1-S Irving , on page 132, however, was familiar, as I have the negative in my collection. The photo was taken by aviation photographer Bill Balogh, a good friend of mine, at Chicago O’Hare Field in the late forties when those planes were stored there, and I have negatives of a number of his photos from that era. I probably sent a print of the photo to someone years ago, and now it appears in print.

However, the biggest problem I encountered was the text itself. Although the author gave pretty clear descriptions of the events and systems involved, his spelling and grammar were far below the levels one should expect from a publisher like Kagero. Quite often words were spelled or used incorrectly, and I would have to go back over the passages to get the correct meanings from context. I would think that the publisher should have proofreaders that could go through the text and correct the errors. But then, they might not have someone available to them who is current in American or British English usage. Maybe I should volunteer to do this for them. It doesn’t take long, but it does take experience. I only taught the subject at the college level for about fifty years, but careful proofreading would certainly improve the quality of the publication.

As a source of technical information on the German night fighting arm, this book is certainly worth getting. Anyone familiar with the technicalities of the language should be able to overlook the weaknesses in that area, as the information is there, and it is accurate. I would certainly recommend this book to anyone interested in Luftwaffe night fighters.

That’s to Bill O’Malley and Phil Peterson for the review copy, and also to Kagero Publications and Casemate Publishers for the book.