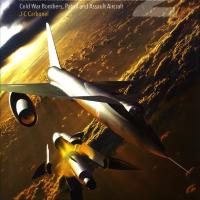 Jean-Christophe Carbonel was born in 1959 and wrote his first modelling article in 1977. He graduated from the University of Paris I: Pantheon-Sorbonne in 1979 and followed up with a diploma from Sciences Po in 1981. He currently is a senior auditor at Le Groupe La Poste. His first solo work in English language was in 1991 for the British magazine Collecting Scale Models. He admits that part of his knowledge of the English language came from reading the Airfix instruction sheets, which were, at the time still English-only. Since then, he has pursued a writing career specializing in model kit history and in the history of aviation projects, prototypes, and early experimentals. Jean-Christophe has more recently specialized in French designs of all eras. Writing for various magazines on both sides of the Channel, French Secret Projects 2 is at least his thirteenth book. You can check him out at his LinkedIn page, https://www.linkedin.com/in/jean-christophe-carbonel-13540111/ .

Jean-Christophe Carbonel follows his 2016 book, French Secret Projects 1: Post War Fighters, with a tome covering France’s post war bombers, trainers, helicopters, and other military aircraft. Gaining access to French manufacturer’s archives (notably Dassault, Nord, and SNECMA) has resulted in a treasure trove of documents and photographs that are included in this volume. This includes wind tunnel and promotional models, period drawings and promotional art, along with the photographs.

Jean-Christophe Carbonel kicks off with an introduction that addresses the French design involvement in German projects in World War Two. Chapter One opens up with France’s first attempts at heavy jet bombers after the end of the war and covers the proposals Arsenal, Breguet, Matra, Nord, SNCAC, SNCASE, and SNCASO. The next chapters see the French industry improve their focus by pursuing twin engined strike aircraft that evolved into the Vautour. The Armee de l’Air still wanted their supersonic bomber though, which led into the Dassault Mirage IV and its plethora of upgrade proposals. The apex of French bomber design was the Minerve Programme, a super-duper top secret program whose goal was to carry and launch a nuclear missile (see Daniel Uhr’s front cover painting). Strike and trainer aircraft are addressed next, including the ECAT story and what would end up being the Jaguar operationally. All of your favorites are here, plus much, much more. You want flying saucers? Got it! How about atomic powered aircraft? Got that as well! Just take a look at the following table of contents to see for yourself.

Jean-Christophe Carbonel groups the myriad of projects by class and then by company to tell this story. I was impressed with the organization and depth that Carbonel was able to apply to this subject. It’s hard to pick a favorite section, but the chapter on ‘Atomic Power’ was quite interesting. Given that politically, France was never interested in strategic bombers, it is amazing that this effort lasted for nearly a dozen years. One proposal studied was an ultra-long-range cruise missile under Project Attila. One of the concepts studied under this project was a direct cycle nuclear ramjet where the jet exhaust would have been highly radioactive, hence like Attilla, ‘the grass would not grow again where it had passed’.

Jean-Christophe Carbonel’s research is in depth and follows the thought process as each design progressed. Navigating the somewhat confusing and seemingly ever-changing company names is welcome, at least from this American’s point of view. Carbonel is able to weave in a tremendous amount of information on the design studies from the competition as a whole in conjunction with the political drama of the day and still manage to provide a compelling and readable storyline. The inclusion of many ‘first person’ quotes and perspectives is just the icing on the cake. Impressive!

My thanks to Specialty Press and IPMS/USA for the chance to review this excellent book.