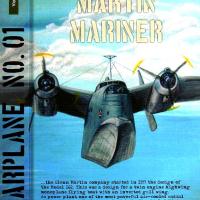 This Dutch publication from Violaero by authors Nico Braas and Srecko Bradic is chock-full of photos and detail drawings of Martin’s PBM in all its variants. They managed to pack a lot of good information into its 48 pages, with several photos which were new to me – and I’m a real Mariner fan.

Covering U.S. Navy and Coast Guard aircraft in both WW2 and later operations, the book also features photos of Dutch, RAF, Argentinean, and other foreign operators of the aircraft. The authors have been very good in pointing out differences in all the variants, a boon to us detail-oriented modelers. There are sufficient close-up views in all the photographs to show other items such as open hatches, antennae, and markings – including the Pan American logo on one Mariner for the Pan Am pilots who flew the aircraft in transport duties. The rear cover of the book notes that author Bradic’s passion is building aircraft models, and it’s probably his innate eye for detail which has led him to include all the nomenclature and facts in it.

The book gives plenty of lists, including Bureau Numbers, and a section on incidents and accidents. It notes that there are basically two Mariners left in existence today…one on display at the Pima Air & Space Museum in Tucson, and one at the bottom of Lake Washington in Seattle. That one should have been raised and restored to display condition, but an attempted-recovery team basically botched the job several years ago and succeeded only in breaking it in half as they tried to raise it. Today, that hulk is used as a training site for divers…pity.

There are two injection-molded PBM kits on the market which I’m aware of, the Revell box-scale one and the 1/72 Mach Two offering. A new kit of this significant but underserved aircraft would be welcome.

Many thanks to The Aviation Bookshop, Lanasta Publishing, and IPMS/USA for the opportunity to review this book. It’s one fine publication.