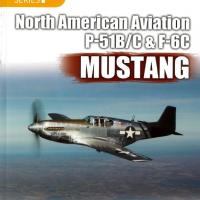 MMP was founded in 1996 by Roger Wallsgrove, to publish "Mushroom Model Magazine". This quarterly modeling magazine was developed from "Mushroom Monthly”, a club newsletter which ran from 1985 to 1995, achieving a worldwide reputation for quality articles, fearless and honest reviews, and a great sense of humor. From 1997 the magazine was produced in collaboration with Robert Peczkowski and Artur Juszczak (Stratus), which meant a big leap in print quality and design. MMP expanded into book publication in 1999, and since then they have built up a list of books on aircraft and aviation, naval, military vehicles, and military history. MMPBooks are distributed in North America by Casemate Publications.

Dariusz Karnas is a skilled modeler and aviation historian. He lives in Przemysl, Poland. He has authored or contributed colour plates and / or scale drawings for over one hundred publications. These include MMP's Polish Wings, Scale Plans, and Inside series as well as books in the MMP Yellow series: Fieseler 156 Storch 1938-1945 (2012) and Mikoyan Gurevich MiG-15 (2004). You can find Dariusz Karnas on Facebook at https://www.facebook.com/people/Dariusz-Karnas/100008987326348 . He lives in Przemyśl, Poland.

The front cover features a color photograph of a restored P-51C-10NT, sn 42-24907. Based out of Dakota Territory Museum (Minot, North Dakota), she is flying “(N6555B) in the livery of “Lope’s Hope 3rd”. Dariusz Karnas supplied 34 1/72 line side profiles showing the different variants, including 1/72 top, bottom, frontal, and tail views, as well as sectional / scrap views where appropriate. I counted 235 black and white photos and 74 color photographs. These photographs include a mix of period pics, Mustang manual or parts catalog pages, along with detailed photographs of current restored Mustangs. Dariusz Karnas provides page width-sized color instrument panels (with instrument description legend) for an early P-51B-1-NA and a late P-51B/C Mustang. Artur Juszczak contributes 27 full-page width color profiles plus an enlarged scrap view depicting the Mustang III’s unique antiglare panel. The Table of Contents focuses on the following sections:

This monograph is heavy on the details while covering the development of the P-51B/C and F-6C Mustang family. Starting with the first ideas of replacing the Allison engine with the supercharged Packard (Rolls Royce) in the Mustang X to the prototype of the bubble-top P-51D Mustang. What I found quite interesting is the chapter on Post-Production Modifications and would love to see that included in more books.

This tome is essential if you're considering building any of the plethora of P-51B kits, even if you are waiting for the Eduard 1/48 P-51B that was announced at the 2019 IPMS Nationals. If you have any interest in P-51B Mustang, this is your book.

My thanks to Casemate Publications, Mushroom Model Publications and IPMS/USA for the chance to review this great book.