Fortress – German Armour in the Defence of Sicily 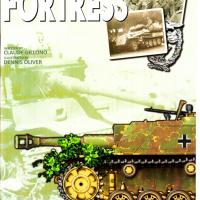 This magazine covers the units of the German Army in defense of Sicily. Even though this magazine only consists of thirty-three pages, there are a lot of great references. A narrative starts off the magazine with several excellent period photographs embedded within it. The rest of the magazine is loaded with many period photographs with captions, campaign maps, loss charts of the Divisions involved, a full page of color divisional markings, and color drawings of the equipment of this campaign.

If you have an interest in German involvement in the Italian campaign, you would really enjoy this magazine. I know that I’ve gotten an inspiration for a future model project involving a flak 36 gun that was highlighted in this magazine.

I would like to thank Dragon Model USA and IPMS/USA for allowing me to be able to review this magazine.