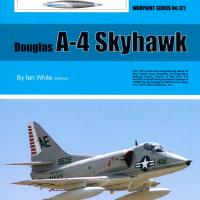 Ian White was born in the West Riding of Yorkshire in 1947 and educated at secondary schools in Rotherham and later in Ilford, Essex. He joined the Post Office Engineering Department in August 1963 as an apprentice and later served as a technician in the City of London. In 1973, on promotion to engineer, he was appointed to the Post Office’s Air Defense Group in London to provide landline and ground to air communications for the Royal Air Force (RAF) in the UK, Germany and Cyprus. In April 1984 he joined the Company’s Defense Sales Organization as a Senior Systems Engineer and later as an engineering manager. The final three years were spent as a liaison officer within the defense and law enforcement community. Ian retired in May 2000, following which he attended Anglia Polytechnic University (now Anglia Ruskin University), Cambridge, as an undergraduate history student. In 2003 he was awarded an honours degree in Modern European History. Ian joined the Royal Aeronautic Society in 1977 as an Associate, before being appointed an Associate Member (AMRAeS) in 1984. He was awarded Incorporated Engineer (IEng) status by the Society in March 1999. He is a member of the Royal Air Force Historical Society, Air Britain and an associate member of No.604 (County of Middlesex) Squadron Association. He has written a history of No.604 Squadron (If You Want Peace, Prepare for War,2005) and a history of the British night-fighter (A History of Air Intercept Radar and the British Night-Fighter, 1936-1959, Pen & Sword Ltd, 2007) and has written for Warpaint Publications.

Richard J. Caruana, who lives and works in Malta, is best known for his technical and colour drawings which appear regularly in magazines in the UK (Scale Aviation Modeller International), Italy (Elicotteri e Aerei Militari, Aerofan) and Greece (Model Expert). His aviation art, specializing in the history and colours of the Regia Aeronautica, has also been published in the US, Canada, Australia, Portugal, Argentina and Israel. He also has over 21 books to his credit as author. Check out his website at: https://sites.google.com/site/rjcaviationart/home .

Warpaint's latest is on the Douglas A-4 Skyhawk in their standard A4 format softbound publication that is 140 pages, plus a 4 page 1/72 drawing centerfold (excluding covers). I counted 170 clear black and white photographs, 159 color pictures, along with 55 of Richard J. Caruana’s color side profiles. Richard J. Caruana also contributes the centerfold (four A4 pages) that features 22 line drawings, all in 1/72 scale. The front cover features a color side profile of a Douglas A4D-1 Skyhawk (BuNo 139970) circa 1959 on the USS Saratoga (CVA 60). On the lower half of the front cover is a color photograph of an A-4C hybrid in May 2014 composed of three different major components. The upper back cover features a color photograph of a TA-4J and a trio of A-4Ns at Hatzerim Air Base in 2015. The center color photograph depicts an A-4# ready to launch off of the USS Oriskany in 1966.

Ian White starts out with the design and development of the Douglas A-4 Skyhawk, ably covering the intricacies of the design and development of a lightweight attack aircraft. The Skyhawk would fit on the US Navy’s carrier elevators without resorting to folding wings (or wing tips) and still be able to deliver a nuclear weapon. The Skyhawk’s first flight was achieved June 22, 1954, over 65 years ago. Production was close to 3,000 aircraft between 1954 and 1979 with some remaining in military service even today (Argentina Air Force and the Brazilian Navy). Ian White devotes a good part of this tome to the operational service of the Skyhawk and the major conflicts that it played a significant role in, including the Vietnam War, The Yom Kippur War, and the Falklands War.

One of the more interesting sections was on the A-4N variant. Somehow, I missed (or maybe had forgotten) that the A-4N was known as the “Skyhawk II”. The A-4N was essentially the USMC’s A-4M modified to Israeli specifications. The Skyhawk was the first US warplane to be offered to the Israeli Air Force as Israel changed from France being its top military supplier. The A-4N was the last fighter variant purchased by Israel in early 1973. The last Israeli Skyhawk was finally retired from service on December 13, 2015.

Ian White provides a very readable text that is supplemented with clear photographs and color illustrations from Richard J. Caruana. This is a very good reference on the Douglas Skyhawk and would be a valuable addition to your reference library. Whether you are building 1/72 or 1/48, I would consider this edition essential as an aide to your build. This is a longer book than many Warpaint titles, but I was able to read this tome easily over four nights. If you own any of the previous releases in the Warpaint series, you know what you are getting. If this is your initial entry into this series, you will be quite pleased.