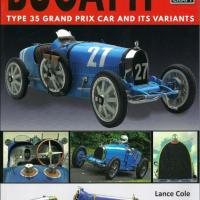 The origin of Pen and Sword Books is closely linked with its sister company, the Barnsley Chronicle; one of the UK's oldest provincial newspapers – established in 1858 – and one of the few weeklies still in private ownership. The first books published by the company were in response to public demand following of a series of articles published in the newspaper:- Dark Peak Aircraft Wrecks told the story of crash sites in the Dark Peak area of the Peak District National Park, and a further weekly feature on the history of two Kitchener battalions, known as the Barnsley Pals, aroused a thirst for more information. Following on from the success of Dark Peak Wrecks and Barnsley Pals books, a number of local history paperbacks were produced along with a series of battlefield guide books. Battleground Europe proved immediately successful and as more and more titles were produced the company made the decision to launch a book publishing arm of the group. The company acquired the Leo Cooper military history imprint and "Pen and Sword" was born. Leo Cooper, the husband of the famous novelist Jilly, had established a strong reputation for publishing military history titles and had some famous books in his list. With the Leo Cooper imprint and its backlist, Pen and Sword became established as one of the UK's leading military history publishers. With over 350 books published every year, Pen and Sword has established itself as a specialist book publisher.

Lance Cole is a journalist and the author of over a dozen books. He has written features and news items for many of the major automotive and aviation titles. He has also been a columnist with the Daily Telegraph, The Independent and the South China Post. A former Sir William Lyons Scholar, and national press columnist, Lance is also a trained designer, photographer and illustrator. His books include Bugatti Blue, Vickers VC10, Secrets of the Spitfire, Saab Cars, and The Classic Car Adventure. Lance has worked in car design and he has restored several classic cars. He has off-road and 4x4 driving experience in Jeeps and Land-Rovers in Africa and Australia.

Pen and Sword Books first entry in this new Car Craft series is a square back soft cover includes 64 gloss paper pages. Future volumes in this series will feature the Jaguar E-Series and the Porche 911. The cover features color photographs of Amalgam’s 1/8 Type 35 (Top), the twin filler caps of the Type 51 (Center Left), Mike Marshall’s Type 35 in action (Center Middle), the wider radiator of later Bugattis (Center Right), and a color profile of Rene Dreyfus’ Bugatti Type 35B that won the 1930 Monaco Grand Prix. The rear cover features three models of the Bugatti, including the Amalgam 1/8 Type 35
(Top), the Art Auto 1/8 Type 35 (Center), and the Airfix 1/32 Type 35B. I counted 93 color pictures and 39 black and white photographs. There are also twelve color illustrations, primarily side profiles, by Charles Duggan.

I found it quite interesting that the Bugatti Type 35 was not an inexpensive car for its day. Only the very well to-do could afford a Bugatti racer as they were priced at the cost of a very large home in London. That’s not to say that you couldn’t get a Bugatti that looked like the Type 35 as Ettore Bugatti did not hesitate to sell a less powerful and cheaper version to those that just had to have one.

Lance Cole kicks off Pen & Sword’s new Car Craft series with an excellent overview of the Bugatti Type 35. He ably addresses the design and development of the Bugatti Type 35 followed by coverage of the Type’s dominance in racing that would not be eclipsed for decades. Cole also covers the Type 35 variations and development offshoots, some that had success, some that failed. Those devoted to the Type 35 continue their love even today where Bugatti’s are still raced despite their rarity. Cole also covers all of the major models of the Type 35 from the expensive 1/8 scale metal kits to the Airfix and Monogram injected kits. The combination of color and period black and white photographs provides plenty of material for the Type 35 modeler. I was able to read this easily over three nights. The modeler is well served as there is a good ratio of action and detail photographs of the Bugatti Type 35.

My thanks to Pen & Sword Books Ltd., Casemate Publishing, and IPMS/USA for the chance to review this great book.