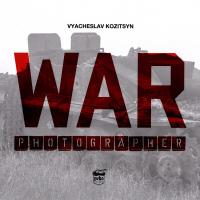 Abteilung 191 was dispatched in December 1940 from Jüterbog to Romania, and traveled through Czechoslovakia, Austria, and Hungary. The book contains photographs from fighting at the Greek border where the Abteilung supported the German infantry on the Metaxas line. Photographs during marches through the country showing destruction and enemy vehicles, and in Greece after the capitulation are included as well.

The book includes photographs of Abt. 191’s combat route in the USSR and in Romania and Serbia after the evacuation from the Crimea. Photos from 1941show damaged Soviet tanks, trains, artillery pieces, and assault guns during winter in the battle of Moscow. Most photos are from 1941 through 1942, but a few in 1943 and 1944 show several Stugs after the Abteilung’s evacuation to Crimea in 1943.

Most of the photographs are quite clear, but a few are slightly out of focus. The photos have fairly low contrast typical of surviving wartime photos. Text is limited to captions on the photos, but describes the photo content well and is easy to read.

This is an excellent collection of photographs of the Sturmgeschütz unit during World War II. There are many diorama opportunities for modelers, as well as examples of the assault guns and other vehicles in action.

Thanks to PeKo for Publishing this excellent photo album, and to Casemate Publishers for providing the review sample to IPMS.