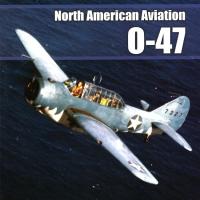 Dan Hagedorn is Curator and Director of Collections at The Museum of Flight at historic Boeing Field in Seattle, Washington, and is a graduate of Villa Maria College, the State University of New York, and the Command and General Staff College (U.S. Army, post-graduate). He was previously Adjunct Curator and Research Team Leader at the National Air and Space Museum, Smithsonian Institution, Washington, DC for 19 years. Prior to that, he served in the U.S. Armed Forces for 27 years in leadership and intelligence positions worldwide and has, to date, authored 21 monographs or books detailing various aspects of aviation and aerospace history. In conjunction with the 150th Anniversary of the Smithsonian Institution, he was named an Unsung Hero of the Smithsonian Institution and was awarded the Orden do Merito Santos-Dumont by the Brazilian Government for services to Latin American aviation history, in which he specializes.

Working from his studio overlooking Canandaigua Lake in the Finger Lakes Region of New York State, Ted Williams, an award winning illustrator, has created a focused, yet diverse body of aviation fine art and illustration. He has created paintings and illustrations for a broad clientele, which includes corporations and advertising agencies, as well as for museums and publishers of magazines and books. Ted primarily works in oil and in digital media, but he is also proficient with acrylic and watercolor. Beginning with his art training at the Rochester Institute of Technology, he has expanded his work in aviation history by entering the world of publishing as an author and illustrator of his own books. You can find more about Ted’s art at https://tedwilliamsaviationillustrator.com/index.html More of Ted's work can be seen at www.tedwilliamsaviationart.com

The North American O-47 is an American observation monoplane developed as a replacement for the Thomas-Morse O-19 and Douglas O-38 biplanes. Flying with a crew of three, it was larger and heavier than any previous observation aircraft. Development began with a subsidiary of North American, General Aviation’s GA-15. This led to the O-47, of which 239 were manufactured. The career of the O-47 was somewhat shortened with the US entrance into WWII. Speed became essential to reconnaissance flights and this role was usurped by fighters like the P-51 Mustang and the P-38 Lightning. A secondary role for the O-47 was in liaison, where again they were replaced with the Aeronca L-3, the Piper L-4 and the Stinson L-5. The O-47 did find a limited role in anti-submarine patrol off the US coast, but WWII essentially saw the specific role of Observation end. Although 71 airframes survived to the end of WWII, today only four airframes appear to have survived. Luckily one of those, 39-112, is currently available to see in person by the public in Dayton Ohio at the USAF Museum.

This book by Dan Hagedorn is without a doubt the longest monograph on the North American O-47 at 268 pages (OK, so its probably the only monograph on the O-47). The cover color period photograph depicts North American O-47A aircraft 37-327 in US Navy camouflage. This photograph shows off all three crew members and displays heavy weathering from her use in anti-submarine patrols in both the Atlantic and the Gulf of Mexico. She is carrying two 325-lb depth charges under her wing next to the ventral cupola. She served with the 107th Observation Squadron and was originally based at Wayne County Airport as part of the Michigan National Guard before transferring to coastal bases. I counted 262 black and white photographs along with 15 period color pictures, many previously unpublished. There were 20 color side profiles by Ted Williams [Page 266]. Color scrap details (see Page 125) are also included alongside their respective side profiles.

Dan Hagedorn kicks it off with a background on how observation aircraft came into being in the US military. Dan addresses the predecessors that led up to the O-47 starting with WWI era biplanes up to the North American O-47. This rolls into the chapter on the General Aviation GA-15, a company funded prototype. Luckily the aircraft was impressive enough that the government ended up buying this prototype. One not is that was interesting is that often prototypes are not armed. The author was able to find photographs that the GA-15 was indeed armed with machine guns. Up next is the XO-47 that was further tested at Wright Field to make sure all systems functioned properly. Page 30 depicts one of these trials where the XO-47’s exhaust and cockpit heater is being evaluated. Development and changes to the production variants are addressed including several one offs such as the twin Edo floats or snow skis. Well over one hundred pages are devoted to the individual unit histories that the O-47 served with. Although that may sound overwhelming, there is a lot of information included and some are first person accounts. You will want to definitely read the unit history of the 86th Observatuon Squadron that was based at Bellows Field in Hawaii. Two O-47 crewmen earned a Silver Star returning fire from their aircraft during the December 7th attack.

The Table of Contents includes the following sections:

This is truly an impressive tome, on par with other big format monographs from MMP. One tale that has stayed with me occurred on November 29, 1939 when an O-47B was calibrating its airspeed indicator took ground fire over Santa Anna, California. Turns out that the speed course flew over a duck hunting club. The aircrew wasn’t sure what happened on the first loop around the speed course, but not the second time. The lower photograph on Page 59 shows the damage done to the left elevator with all of the ‘hits’ circled. Upon landing, the aircrew informed their command who immediately brought in the FBI. The aircrew was ordered to fly the speed course again to properly identify exactly where the shooting was occurred before the FBI descended on the duck hunting club. The club owner, a bit inebriated, claimed that the hunters were shooting at ducks, despite the lack of birds in the area. The FBI ended up arresting everyone at the club and charging them with sabotage.

Modeling wise, the only real option is the AML 1/72 kits of the O-47A (1996) and the O-47A on Edo floats (1999). Merlin released an O-47 in the 1980s and you might be able to find the Execuform 1/72 vacuform kit. Mike West of Lone Star Models had announced a 1/48 resin kit release for 2021, but that kit appears to be hold currently. There are no kits recently available and modelers will be left to searching swap meets and eBay

My thanks to Casemate Publications, Mushroom Model Publications and IPMS/USA for the chance to review this great book.