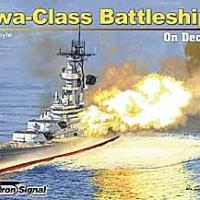 In the early 1980's, while on active duty in the US Navy, I was stationed at Harbor Clearance Unit One, Detachment, San Diego (or as we called it Harbor Cleaners San Diego). Our unit was tasked to handle ALL Diving, Repair and Salvage, on the West Coast of the USA from San Diego to Alaska. While assigned to this unit, we were tasked with some pretty exciting jobs. We handled everything from Ships Husbandry , Searches, Towing, Recoveries and Salvage. In 1983, I had the privilege to be tasked with one of the most unique jobs I ever did, I was be part of the Towing crew for the USS Missouri. The Battleship was just taken out of the mothball fleet (inactive ships placed in storage for possible reuse) in Bremerton, Washington and prepared to be towed to Long Beach Naval Shipyard in California. She and her sisters were to be modernized for use. Being a Navy Diver we were tasked with riding the ship, while under tow, to undertake in any emergency actions such as fire or flooding. Fortunately it was an uneventful cruise.

The length of the tow was 9 days in duration. There were only 20 of us riding this great behemoth. All we had was the emergency generator providing power to some lights and fans. Overall it was a VERY cold, quiet and dark ship. It was an eerie feeling walking around this cold steel ghost ship. I spent a lot of time going through the many spaces and exploring all I could.

Let's skip forward a few years. In 1987 I was assigned to the USS Prairie AD-15 (then the Oldest and the Best ship in the Navy) Dive Locker. I was there for 3 years. We were tasked with providing underwater services to all ships assigned to the Naval Station at long Beach. The USS Missouri and New Jersey were both there. I spent a lot of time working with these two vessels and got to know them intimately (underwater that is). Do you know there is over five acres on metal underwater and most of it is flat making it very challenging to find various suction and discharge holes on the bottom and sides, some 1" to 48" in diameter.

Squadron Signal has released a new On Deck Series Book for these four Battleships. USS Iowa BB-61, USS New Jersey BB-62, USS Missouri BB-63 and the USS Wisconsin BB-64. The book doesn't go into too much detail on the histories of these four ships. It mainly deals with their recommissionings from the early 1980's to their conversions with modern weapons and equipment to their final decommissioning in the late 1990's and early 2000's. In many photos it shows the differences between each in various equipment, super structure and armament layouts.

For the modeler it is a great reference to use to build one of the modern conversions of these Battleships (i.e. Tamiya's 1/350th USS New Jersey). There are a lot of very good detail photos on areas not normally seen in other photos. There are also many inside shots of the turrets and engineering spaces that show there is a life to these ships.

I would highly suggest this book to any Naval nuts and especially to modelers of the 1980's and 1990's. Many thanks go out to Squadron/Signal Publications for providing this fine work and to IPMS/USA for giving me the opportunity to read and review it.

One interesting incident, that was very amusing at the time, I would like to share with you all. We (the USS Prairie) was preparing to unrepping (a Navy term for transferring supplies between one ship and another) with the USS Missouri, she was on our port (left) side, beam to beam, with about 125 feet separating the two ships. We are both moving at about 10 Knots. The Missouri was preparing to send over the shot line (a two pound projectile with an attached small, narrow, long length of line used to handle bigger line in a progressive order). The ship that is to provide the unrep services almost always (except Aircraft Carriers, don't want to bang up the planes) provides the shot line. When the word was given over the intercom, "Prepare to receive shotline" one usually takes cover because the projectile shot from a gun and moves at a very fast speed and could do damage to one's body if hit. All of a sudden the number two turret (the second one from the pointy end) slowly turns toward our ship and the number two gun (center gun) lowers and aims directly for us. I have never seen so many sailors run in my life. Out from this gun comes the shot line. They had put their tiniest person inside the barrel of this 16" gun and had him shoot the line to us. One of the funniest things I have ever seen and one that I will never forget.