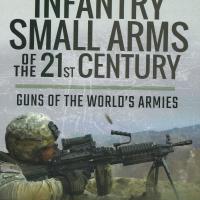 This book is a comprehensive work covering the range of modern small arms used in today’s world armed forces.

The chapters cover the main weapons in use as follows

Each chapter goes in to great details of each weapons in the category and provides a lot of reference work for anyone interested in modern weapons. It is also a treasure trove of information and photos for modelers of modern troops and weapons.

I have already used the book for reference in building and paint some modern SWAT team personnel and their weapons!

The images in the book are excellent.

I recommend this book to everyone.

Thanks go to Casemate Publishing for providing this book to review and IPMS USA for allowing me to review it for them.