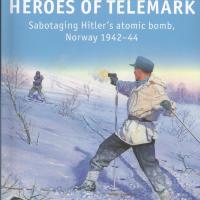 David Greentree graduated in History at York before taking an MA in War Studies from King's College London and qualifying as a lecturer in Further Education. In 1995 he accepted a commission in the Royal Air Force and has served in a variety of locations, including Afghanistan and Oman. He has written several books for Osprey, focusing on British military history and World War II. He lives in Southsea, UK.

Mark Stacey was born in Manchester in 1964 and has been a freelance illustrator since 1987. He has a lifelong interest in all periods of history, particularly military history, and has specialized in this area throughout his career. He now lives and works in Cornwall, UK.

Peter Dennis was born in 1950. Inspired by contemporary magazines such as Look and Learn he studied Illustration at Liverpool Art College. Peter has since contributed to hundreds of books, predominantly on historical subjects, including many Osprey titles. A keen wargamer and modelmaker, he is based in Nottinghamshire, UK..”

The above information is provided on the Osprey website.

The story about the effort by the Nazis to develop an atomic weapon is well known. What is also common knowledge is that the Nazis failed to achieve that goal and that the U.S.A. was successful. Much less well known, and what this publication provides, is a superb and detailed account of the role played by the Special Operations Executive (SOE) in London in preventing the Nazis from succeeding.

This publication lays out in detail how a network of agents planned and executed an unbelievably difficult and highly dangerous plan to destroy the heavy water tanks in a facility located in Vemork, Norway.

The men who carried out this raid faced not only the challenge of penetrating a protected site, but also of gaining access with their equipment, and then evading capture after carrying out the mission. To compound the difficulty of such an operation was the geography of the area in which they were to operate. Mountainous, arctic in climate, and isolated from easy sources of food and shelter, these individuals accepted a task that would, in all probability, cause their demise.

The publication, illustrated in superb fashion, is exciting to read and frightening in the danger of the task confronted by the book’s heroes. Once started, I found that I simply could not put down the book until I had finished reading it to the last page.

This publication is included in Osprey’s “Raid” series and is numbered, in that series, as “50”. “Heroes of Telemark”is highly recommended due to the excellent authorship, exceptional illustrations, and detailed coverage of this most dangerous and difficult raid. Thanks to Osprey for providing this publication for review by IPMS/USA.