American Artillery - From 1775 to the Present Day 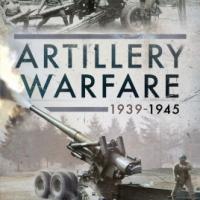 Artillery has generally been known as the King of Battle for quite a long time and for good reason. The ability to reach out and touch your opponent on a battlefield is an obvious advantage. And if you can do that first, further, with more power than your opponent there’s a strong chance your forces are going to win the day. Battlefield artillery has come a long way since the United States has been in existence, and the US has found itself at the forefront of that development. This book gives that history a quick glance in both text and pictures.

Written by Author Michael Green, this book is printed on high quality paper and contains 224 pages. There are 250 black and white pictures and 19 in full color in the middle of the book. The photos used in the book are all crisp and clear images. Most are found in the public domain and a few are from private collections. Each chapter closes with pictures of related artillery mentioned in each chapter. The color pictures are of modern subjects, with the exception of one Civil War era piece located at an unnamed Civil War site.

The book starts off with a dedication, a forward and four notes to the reader. The first note being this book only covers the topic in general terms. There are six chapters and finishes with a bibliography. The chapters are laid out chronologically beginning in 1775 and the story continues up to present day weaponry. Chapters are laid out in brief snippets of information, with the longest being about 5-6 paragraphs. The Author gets relevant information across quickly and to the point with little or no wasted words. A section can be read in a few minutes which makes for a fast-paced read. As the information is presented chronologically, the reader can skip around, and cherry pick the information they’re interested in.

Each chapter tells of specific eras in artillery use and development. Chapter One deals with the period up to the Civil War, Chapter Two is related to the Civil War and the many developments both technological and tactical use. Chapter Three brings the reader into the First World War. Chapter Four covers World War two. Chapter Five cover the Cold War and Viet Nam. And finally, Chapter Six related to the Post-Cold War era. Each chapter closes with a visual record of the equipment mentioned. The later chapters include rockets and missiles used in the artillery role as well as fire control platforms used in conjunction with the hardware being discussed.

The text is written in a clear, fast paced, and informative style that lends itself nicely to the books format. While the book isn’t an in depth look at artillery it is a good steppingstone for further research. A great place to start, if you will. I enjoyed the read and learned a number of things. The informational snippets are great when the reader only has a limited time for reading. Modelers will love the books photos as they show much of the equipment in operation and gives plenty of display weathering and marking ideas. The book is a valued addition to my library, and I highly recommend it. My thanks to Casement Publishers and IPMS/USA for providing this sample for review. To check out more great titles from Pen and Sword visit their web site at