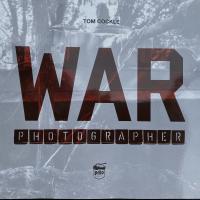 This new photo book series presents various selections of rare wartime photographs. They are selected based on numerous subjects. Each volume introduces photographs from battles, operations, vehicles, or complete photo albums from soldiers who fought in World War Two.

This volume is divided into two separate subjects. The first part presents a number of new photographs from the personal photo album of Oberleutnant d.R Peter Prien who began his army career with Pz.Nachr.Abt.37 with 1.Panzer-Division in January 1941 and finished the war as Führer of the Stabskompanie of Pz.Rgt.3 of 2.Panzer-Division. His album contains mostly photos of his time with 2.Panzer-Division around the time of the Kursk battles. The second part presents a series of photographs of the 8.8cm Flak 18 mounted on the chassis of the Sd.Kfz.8 half-track officially known as the 8.8cm Flak 18 Sfl. auf schwere Zugkraftwagen 12 t (Sd.Kfz.8) als Fahrgestell. Most are new and previously unpublished.

Looking through this book is literally like looking at a soldier’s personal photo album. Oberleutnant Prien had an interesting eye for photography. He didn’t just shoot pictures of vehicles, he caught moments of his soldiers’ days, snapshots of their lives during wartime. Many of the pictures in this book capture the men relaxing in and around their vehicles, mechanics troubleshooting problems, and several of the soldiers exhibiting typical soldier behavior that is consistent through the ages - just mugging for the camera.

The Sd.Kfz. 8 is a vehicle I previously knew nothing about, and I appreciate the section of the book that features this monster. All of these photos were taken during the French campaign. The captions of each photo point out interesting details of the vehicle that one might not necessarily notice. Also of note is the different uniforms the soldiers are wearing in the photos. For figurists or dioramists, many great references are to be had.

All in all, this book provides a fascinating look into the everyday lives of the German Soldaten, along with detailed reference photos for the modeler.

My thanks to IPMS/USA & Casemate Publishing for the review sample.