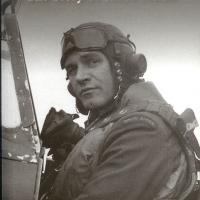 This book is, as the title implies, the story of Adolph “Sailor” Malan. From the imprint information, this appears to have originally been released in 1980, but this particular edition was published in 2011.

While this is not a research/reference type of book per se, it is a good read for anyone interested in one of the RAF’s premier pilots during WW2. It is nice to take a break from the mechanics of line drawings, measurements, paint schemes, and the like, and delve into some of the human personalities involved in the conflict from which many of us model machines.

This book very briefly covers Malan’s time growing up in South Africa, and his time as a naval cadet and subsequent 8 years at sea. (This would be the source of the “Sailor” moniker). It then quickly moves into his transition to the RAF, completing his training in 1937 and being posted to 74 Squadron.

74 Squadron was on alert when war broke out in 1939, and was immediately involved in the aerial skirmishes of the early phases of the War. This is where the book dives deep into the details and does a good job of chronicling the air battles over France, especially over Dunkirk, as well as the Battle of Britain. Some perspectives of the overall war situation, as well as Malan’s particular combat experiences, are described.

The narrative continues with Malan’s successive promotions, including that of Station Commander at Biggin Hill (“Britain’s number one fighter pilot commanding its number one fighter station.”). He continued to fly while in command of the station, and further air combat situations are again described. In 1944, Malan took command of 145 Wing and flew his final combat sortie on June 6, 1944, over the beaches of Normandy.

Immediately following the war, Malan left the RAF and returned to South Africa. Like the beginning of the book, this section is quite brief. The author does point the reader to another Malan biography that deals more with Malan’s post-war time.

I found this a pretty interesting and quick, read. The focus of the book is on Malan and his combat flying, with only brief descriptions of his life before and after this time. Having a read of this may inspire your next Spitfire build, or at least give some in depth background to what was going on at the individual level during those air battles.

Thanks to Crecy Publishing for the review copy and to IPMS for allowing me to review it.