RAF Aircraft of the Battle of Britain 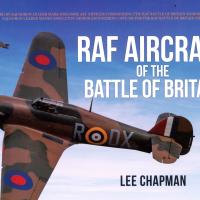 The Battle of Britain was, it can be reasonably argued, the battle that saved Western Civilization over 80 years ago during World War II, and so is rightly lauded even at this time. There have been many books written about the battle, so what does this new book from Key Publishing bring to the table?

This small volume is, as stated on the cover blurb, a “photographic guide to the surviving planes from the Battle of Britain,” and it does exactly what it says. The author has tried to document as many surviving period airframes as possible, and while the obvious types such as the Spitfire and Hurricane are covered in depth, other less obvious aircraft are also given their due. Within the pages the reader will find the Avro Anson, Bristol Beaufighter and many types of trainers – types that were indispensable to the RAF as it fought the months-long campaign.

It should be noted that while there are many extant Spitfires and Hurricanes with actual Battle provenance, other types are often illustrated with later variants where none of the period survive.

The book is divided into chapters dealing with different types of aircraft – fighters, bombers, trainers, etc. – and is illustrated with around 160 mostly colour photos. All are taken by the author at various airshows and museums in Britain. Most of these photos are of a high quality, and each has an extended caption giving pertinent facts and details, both about the airframe and the Battle.

Overall, the book gives a comprehensive overview of both the Battle and the current state of the warbird preservation scene in the UK, and as such is a worthy addition to the ranks of books about the Battle.

My thanks to Daniel at Casemate for making possible the review of this book.