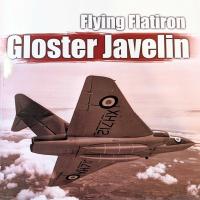 This book is from their Orange Series that specializes in particular aircraft types, in this case the Gloster Javelin. There are 208 pages of mixed text, photos, line drawings, charts and tables of info about the aircraft starting with a rather detailed recounting of the conception and initial design of the aircraft and how that design evolved into the final version. It then goes on to discuss the various armaments it carried, including the air-to-air missiles which also includes a brief run down on how the Firestreak missile was developed. Next is a mark-by-mark description of every variant of the aircraft with many illustrations to show the differences. Included in this chapter is a rather detailed technical description of all the various systems in the aircraft, such as landing gear, electrical and hydraulic systems, 12 annotated photos of various marks’ cockpits and cutaway photos, diagrams, line drawing and charts about the engines. A series of l/72 scale line drawings then illustrates the configurations of the various marks with a squadron-by-squadron listing of each unit that used the aircraft with a short service of each unit including the serial numbers of every aircraft in the squadron. A final chapter deals with proposed developments of the Javelin, most never taking place.

The book ends with a complete listing of every Javelin produced, its serial number, where it was deployed and its ultimate fate followed by a series of color profiles of various aircraft color schemes.

Other than getting a hold of the actual tech manuals, I can’t imagine what other information a modeler or aircraft enthusiast could possibly want about this aircraft. The text is clear and well written and does not use a lot of techno-jargon and where it does, it is explained. The photos are exhaustive in their coverage of every detail of the aircraft, inside and out and are clear and sharp.

I would highly recommend this book to anyone interested in British aircraft, aircraft of the 50’s/60’s or just aircraft in general and it will be a gold mine to modelers in any scale.

I want to thank MMP Books for providing the review copy and IPMS/USA for the chance to see this excellent reference source.