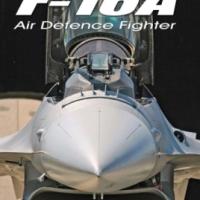 The F-16 was chosen by the Italian Air Force as a "gap filler" until the F-2000 Typhoon became available as a replacement for the aging Fleet of F-104 Starfighters. Initially a lease was signed to acquire 20 single seat Tornado F.3 and four F.3T Tornados to supplement 60 F-104S/ASA.. This decision was motivated by logistical, economical and political reasons. Although a superior aircraft to the F-104 the Tornado was a more costly aircraft to fly and maintain. In order to conserve funds the Itialian Air force ended the contract with the RAF and chose the F-16 "Fighting Falcon; ADF to protect Italian skies.

The ownership of the F-16's flown by the Italian Air Force was retained by the United States and would be returned after 45,000 flying hours was achieved. Lockhead -Martin and Pratt and Whitney would provide technical and logistics support for the aircraft frames and engine operations with their Italian counterparts.

The F-16A ADF were originally flown by various National Guard units in the US and were being phased out with replacement by the up-graded C and B versions. The A version would be sent to Davis-Monthan AFB for storage and preservation. These are the aircraft eventually provided to the Italian Air Force on an interim basis.

This section offers a lengthy description of the F-16's origin and development. Several images of the red, white and blue prototype aircraft are included. Page 5 includes an in-flight image of the YF-16 and competitor YF-17.

This program title was assigned to the storing, protecting and preserving aircraft at the Davis-Monthan Air Force Base in Arizona. This section includes several images of Italian F-16's in flight, on the flight line and some in formation with F-104's.

This section covers the training and transition activities for the pilots and maintenance crews and goes into extensive detail on the numbers of aircraft, air bases and crews involved.

For the scale modelers that are fans of panel line washes the photo on the bottom of page 34 has a real life example of panel washes. This is a striking view of an Italian F-16 taking off in full afterburner.

This section covers the construction and painting of the 1/72nd scale Italeri F-16, kit No. 1271. The translation of the build leaves something to be desired.

Several nice close-up images of exterior details are included on these two pages.

This section is just what it says and is addressed on a single page.

Bibliography - Back cover page inside

The bibliography section offers a list of periodicals, books and Internet sources. All are a bit dated.

This book was originally published in November of 2011, with the reprint issued in October 2019. All of the photography included are color images, and most are not as "sharp: as found in other current publications. In several instances the images are quite small and offer little detail, whereas the close-up images will be appealing to the scale modeler.

I did find the font used a bit difficult to read, and some of the editing leaves something to be desired. The language translation offered some interesting word use and interpretations.

I wish to thank Casemate Publications and IMS/USA for the opportunity to review this publication. Recommended for those wishing to model F-16's of the Italian Air Force.