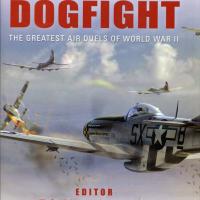 Osprey is a prolific publisher that has coupled excellent authors with fantastic artists that have combined their talents, mostly under Editor Tony Holmes’ direction, to produce hundreds of mostly soft cover “must have” books for serious modelers and history buffs. Any ‘good’ model show will have someone selling Osprey books and any modeler who has started his own reference library, owns Osprey books. Over the years, Osprey has divided them into several subcategories like ‘Aces,’ ‘Elite Units,’ and so on. One of the newest categories is the “Duel Series” where for example, one famous aircraft or tank is pitted against one of its contemporary enemies. I own many titles authored by IPMSer Steve Zaloga and every one written by Chris Bucholtz. I’m sure many more authors are IPMS members too that I’m just not aware of. To be honest, when the “Duel Series” first came out, I assumed that Osprey was simply taking pages from separate books and editing them to appear as if they were offering us something new, so that they could really milk us for what they could. BOY, WAS I WRONG!!! Each edition of the “Duel Series” is an original work from the research, writing, and page layout through to the photos and illustrations. Each “Duel” book is unique, with hardly anything, that I can tell, recycled from other Osprey series of books. In fact, this hardcover book is a special jackpot for enthusiasts.

Dogfight is a hard cover compilation of five previously published “Duel Series” editions. They are:

Each of those soft cover editions sold for about $20 each, so as I look at it, Osprey has put together what is easily $100 worth of books between a set of hard covers, and they are now available to us at a remarkable value for your money. Dogfight retails for $26 but is available at better brick and mortar or email hobby shops and book stores, as well as book clubs for less than retail!

Each “Duel Series” book follows a similar outline. They compare the opposing aircraft in chapters entitled The Machines, Type History, The Strategic Situation, The Men, Into Combat, Analysis and Aftermath. Each title includes color illustrations of cockpits, maps, armament, multi-views of an ace’s aircraft and in-action paintings. There is a page called “Through the Cockpit” with an illustration that puts you in the pilot’s seat in the heat of the dogfight, when both man and machine were tested to the limit. The textexplains how your gunsight works, what it took to be successful, along with secrets of different aces. Chapters also include period black and white photos of pilots and aircraft, charts listing the top aces and other charts comparing aircraft specifications. Each features color artwork specifically commissioned for these books from aviation illustrators like Jim Laurier, Gareth Hector and Ian Wyllie. Illustrations include aircraft flown by Bob Doe, one of the top Spitfire aces and top Spitfire killer Herbert Ihlefeld’s Bf-109E. As far as comparing spec’s, the authors go the extra mile and consider additional factors in their comparisons. For example, later in the war the Axis powers sent new, replacement pilots to the front with minimal training. They were mere cannon fodder though their BF 109G/K may have been superior “on paper” to the well trained American in his P-47.

If your interest lies in WWII aviation history, as a modeler or enthusiast, you’re going to want Dogfight. Osprey invites you to “Discover what it felt like to be a fighter pilot during World War II, flying some of the most iconic planes to have ever graced the skies…” This book is highly recommended as an outstanding addition to your reference library. Even if you pay the msrp price, this compilation of five previously published soft cover “Duel Series” books makes this a tremendous value for your money.

I got my copy by dipping into my model money, with the help of an excellent sale from the Military Book Club. You can get yours from better hobby shops and bookstores, or contact Osprey at www.ospreypublishing.com.