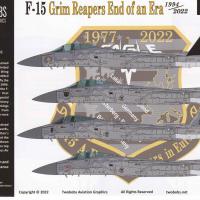 For those of us aircraft builders, Two Bobs Aviation Graphics is no stranger to the decal scene. Specializing in modern era planes of all types, they have supplied great decals for a long time now. This new set, “F-15 Grim Reapers- End of an Era” continues that tradition with a set dedicated to the 493rd Fighter Squadron located at RAF Lakenheath and known as the Grim Reapers. They are converting to F-35’s and went about commemorating the retirement of the F-15C’s with a special scheme and nose art capturing their last deployment to Poland. As a bonus, there are three additional schemes from their 2019 deployment that feature nose art. Included in the set are marking for: 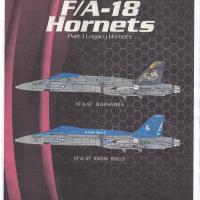 Squadron is back and in a big way. In this review, we’ll cover the four new decals listed below: 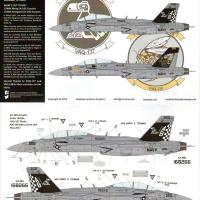 Two Bobs Aviation Graphics is one of leaders in aviation decals with an impressive variety in 1/32, 1/48 and 1/72 scale. This latest release has very colorful markings used by VAQ-137 and VAQ-138 and has markings for two aircraft, one for each unit.

There are two sheets are printed perfectly without any print register errors. The small markings are very fine and easy to read. All the markings are included from unit markings down to the stencils and walkways. Stencils and other markings are included on a smaller second sheet insert and you should not need the kit decals for your build. There is one (front and back) color instructions sheet that clearly show placement of markings for both subjects. The instructions indicate the correct FS paint colors and cross reference to AK, Hataka, Mr. Color and Mr. Paints. The color layouts for each aircraft and easy to distinguish where each color is applied. 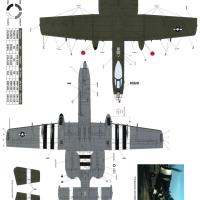 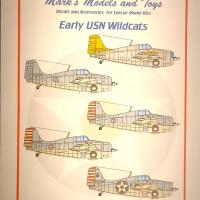 The decals are easy to work with, however, there are a few things to watch out for. The tail rudder decals are larger than the kit’s rudder piece. To get the edges to lay down, you will need to apply MicroSol or a similar product. Apply a decal on one side and allow it to fully dry, and then apply the opposite side. BUT…pay attention to the strips so that they line up. Next, use care when positioning. These decals are thin, and moving them around too much on the surface of the plane will cause them to tear. 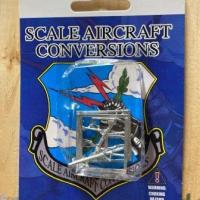 This is the SAC gear is made with the brand-new Modelsvit P-51H. This was the last in the Mustang line, and essentially was a totally different aircraft; in outward appearance the lineage was there, but new wings, fuselage, cowling, combined with sub-parts of the previous P-51D tooling, led to a faster aircraft, with a bit more performance. Unfortunately for it, the Jet age had arrived, and as the jets arrived, the majority of users being U.S. Air National Guard units. And no, you can’t turn a D into a H. (well, if someone wants to try, go ahead, new wings, prop, fuselage, cowling, canopy… landing gear, wheel well… I guess you could use a stabilizer and fin/rudder, with an extended bit for the latter).

As the previously reviewed F-82, This is a kit not for the faint hearted, and in the end the final product has proven to be worthy of display next to the rest of the High-tech models of the P-51 to grace our building benches. 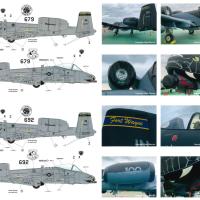 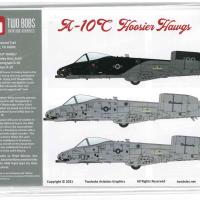 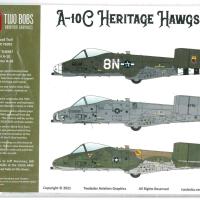 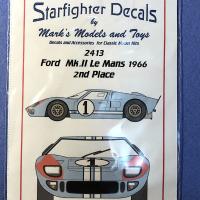 If you enjoyed the movie “Ford v Ferrari” that was released back in 2019, Starfighter Decals now provides you with the ability to replicate the Ken Miles and Lloyd Ruby driven Ford GT Mk. II that took second place at the 1966 24-hour race at Le Mans (or you can watch the movie and decide who really won). This decal sheet was produced to aid the modeler in more accurately reproducing the Ken Miles vehicle and are recommended for any modeler.