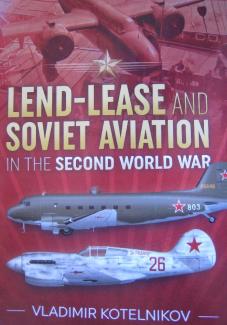 Lend-Lease and Soviet Aviation in the Second World War

This is one of the first historical accounts of the Lend-Lease program designed to aid the Soviet Union in its war against Nazi Germany. The backgrounds are rather confused, because in the late thirties, the Soviets and the Nazis, along with the Italian Fascists, seemed to be working together to dominate nearly all of Eastern Europe. In 1939, The Germans invaded Poland, but they didn’t do it alone. They were aided by the Soviets, who attacked from the east. The Poles resisted, but the Germans and Russians were just too powerful, but for a while, it appeared that the Germans and Russians were allies. 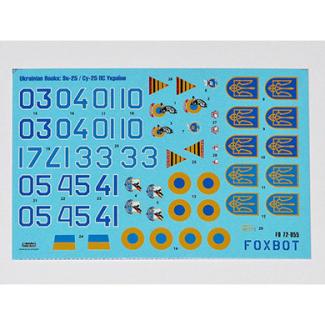 The Su-25 (NATO name: Frogfoot) is a subsonic, single-seat, twin engine aircraft developed in 1975 by Sukhoi. Designed to provide close air support for the Warsaw Pact ground forces, the Grach (or Rook) has seen much action over the years, from Iraq, Afghanistan, Darfur, Ukraine and as recently in Syria. This decal sheet focuses on Ukrainian aircraft.

The sheet is printed in Ukraine by Decograph on blue backing paper, clearly printed and in register. Carrier film is minimal. The sheet provides markings for two schemes – one in a tan-medium green and dark green splinter scheme circa 2004, and another with medium green with dark green “clovers,” circa 2008-2015. Some of the aircraft in the latter scheme were involved in the 2014-2015 conflict with Russian-backed separatists, and includes a few that were shot down. There are decals for eight planes, but nine schemes over all (one of them have both paint schemes for the same airframe). 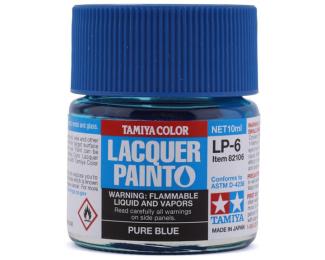 While Tamiya has long been a producer of acrylic model paints, they have recently entered the market of bottled solvent-based paints with a line of lacquer paints with the new “LP” prefix heading.  As of this writing, there are 80 listed “colors” of lacquer paints in the Tamiya catalog, but that total includes such items as Thinner, a Flat Base, 5 Clears plus a Clear Yellow, Clear Orange, Clear Red and Clear Blue, 6 Blacks and 4 Whites. The colors are not labeled with any other specific description, such as US FS (federal stock) number or Luftwaffe RLM number, although the “pearl”, “mica” and metallic colors are primarily directed towards automotive modelers. The complete chart of available colors is available at the Tamiya website, and is being added to regularly. The paints come in 1/3 fl oz (10ml) bottles, the same as their acrylic line, compared to the 1/2 fl oz Model Master and 1/4 fl oz small bottle Testors enamels. 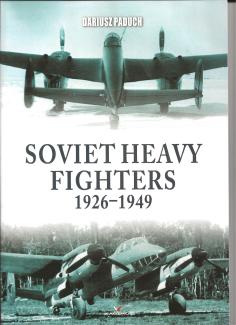 This book comprises twenty-two segments each covering a different aircraft design. The heavy fighter concept was one that was tried out by many different nations. In theory these aircraft were to perform a variety of missions such as ground attack, bomber protection/escort as well as reconnaissance without the aid of single engine fighters. More often than not it was found that the heavy fighters needed their own single engine fighter escort for protection on missions.

Many of the aircraft covered in this book are by lesser-known designers and thus the aircraft themselves are lesser known as well. Many of these designers struggled within Stalin’s government where failure was almost certainly to catch the ire of the communists in charge. The communist government and Stalin’s purges lead to an exodus of many bright technicians and engineers. This in turned caused issues with the ability to design reliable engines thus requiring many to be imported. 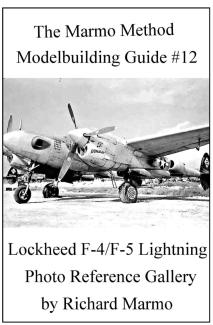 This book was compiled by Richard Marmo, a long time IPMS/USA member. It consists of a collection of 60 images of the photo reconnaissance version of the P-38, both the F-4 and F-5. The “Marmo Method” refers to other books in this series that take you step by step through the techniques used to complete a specific project. As the title says, this is a photo reference gallery of a specific squadron, the 128th Photo Reconnaissance Squadron during a specific time frame, July 1944 to September 1945. This unit sent aircraft where needed and as a result conducted operations over an extensive area of pacific operations. 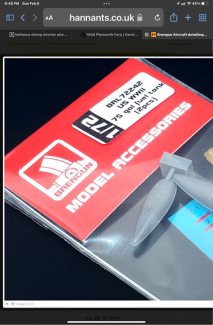 Brengun brings us an improved version of the metal 75 gallon drop tanks used on all types of US fighter aircraft during WWII. You get two tanks cast in resin, a PE fret with caps and a small decal sheet with labels and stencils for the tanks. Casting blocks are attached to front of each part and come off easily. A little touch up was required since the attachment points from the blocks left minor dimples and there were a few pin holes to fill. I painted the tanks aluminum per the directions. The PE caps fit the provided recesses just right. Decaling proved easy as they went down with micro set. The only gripe here is the stencil blocks are just colored stripes without writing on them. 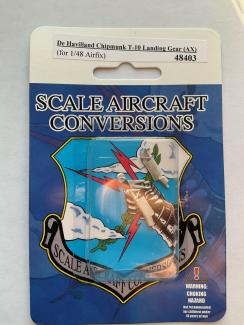 The Chipmunk was a Canadian design that satisfied the need for a post WWII primary trainer to replace the outdated Tiger Moth and other trainers like it. First flown in November 1946, it went on to become the standard primary trainer for the RCAF and RAF. Most famous in civilian hands was the “Super Chipmunk”, flown by aerobatic legend Art Scholl. I have a personal connection to the Chipmunk as my grandfather, a flight instructor at the Montreal Flying Club, taught many a pilot to fly in what he described as a beautiful flying aircraft. 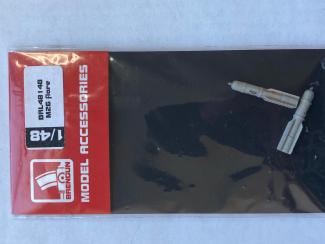 Before the days of night vision goggles and infrared sensors, US bombers needed a system to illuminate the target area before or during bomb release. Introduced in 1942, the M26 parachute flare was designed to do that. Designed to mount onto the same shackles used to secure bombs, this flare system was activated at release by a wire attached to the fuse on the nose. At the pre-set time, the flare would deploy a parachute and a shield that prevented the burning flare from blinding the bombardier. This model of the M26 could burn for up to three and half minutes at a brightness of 800,000 candlepower. There are a number of these empty canisters on eBay for those who collect such things. 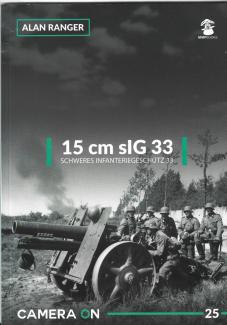 This is a thin book with only 72 pages but they are very high quality pictures of the German World War two Heavy Infantry Gun. This was the largest gun that as classified as an Infantry Gun. They were mainly horse drawn during the early part of the war.

I found this book fascinating and will be return to this book just to review the awesome photos which cover the gun in operation, at rest and in motion.

I recommend this book to everyone who likes artillery and military equipment. 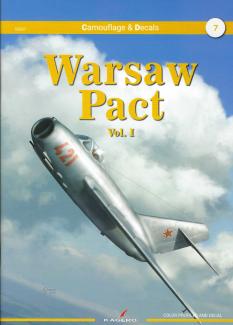 Kagero has always had some first-class books with plenty of great reference profiles. This is the seventh in the series of their new series, Camouflage & Decals. This softbound book contains 40 pages of A4 format on high quality paper with profiles and some plan views of numerous airframes. The book is wrapped in a resealable baggie that protects the book and the decals from damage.