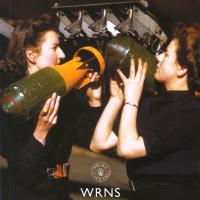 Neil R. Storey attended North Walsham High School and completed is pre- and post-graduate work at the University of East Anglia. is a social and military historian focused on the impact of crime, war, and medicine on British society. He has been writing since the late 1980s and has pursued military, historical crime, and topographical topics. Author of nearly fifty books, including: Animals in the First World War (2014), The Women’s Land Army (2012), The Women’s Suffrage Movement (2012), The Battle of Britain (2012), The Victorian Criminal (2011), Women in the Second World War (2011), Women in the First World War (2010), The Home Guard (2010). Neil continues to write articles for national magazines and national journals in addition to providing lectures across the UK. He has served as a consultant for both radio and television. You can follow Neil on twitter at @NeilRStorey and on Facebook at https://www.facebook.com/neil.storey.50. He currently lives in his hometown of Norwich, Norfolk.

The Women's Royal Naval Service (WRNS; popularly and officially known as the Wrens) was the first of the British armed services to admit women on a non-civilian or volunteer basis. WRNS was the women's branch of the United Kingdom's Royal Navy and was an outgrowth of the certified Naval Nursing Services created in 1884. The Admiralty reluctantly agreed to WRNS as an official naval service branch to ‘Free Men for the Fleet” as noted in several recruiting posters. First formed in 1917 for the First World War, the WRNS was led by Dame Katharine Furse who championed the idea from 1910. The war finished, the WRNS were officially disbanded on October 1, 1919, but Dame Katharine Furse relentlessly kept her women together through the Society of WRNS. This support organization created branches, had regular dinners, and even a magazine to maintain communications.

The storm clouds of the Second World War saw the WRNS re-activated in July 1938 under pressure to the Admiralty by Dame Katharine Furse. The WRNS’ were once again active in nearly all functions outside of front line service. This included a complete command structure in addition to the ratings: cooks, clerks, wireless telegraphists, radar plotters, weapons analysts, range assessors, electricians and air mechanics. Neil R. Storey covers the organizational development of the WRNS, their recruitment, uniforms, training, and service. The WRNS peaked in September 1944 with 74,635 officers and ratings. Post September 1944 saw the gradual winding down of WRNS as the course of the war began to wind down.

I counted 38 black and white photographs and 17 color pictures. The color cover photograph shows Wrens fitting smoke floats to a training aircraft at a Fleet Air Arm station in 1942. There are several recruiting posters for the WRNS reproduced in color as on page 28.

I found fascinating the first person accounts that Neil R. Storey includes in the chapter, ‘Nelson Would Have Been Proud’. Neil covers several highlights of the acts of gallantry performed by the WRNS. One example is the case of Third Officer Pamela George, a dispatch motorcycle rider that was awarded the British Empire Medal for gallantry. Carrying an urgent message for the Commander-In-Chief’s office, she survived a bomb explosion that wrecked her motorcycle. Unperturbed, she ran half a mile to complete her mission while incendiary bombs continued to fall around her. Completing her mission, she immediately volunteered to go out again.

Neil R. Storey has an engaging writing style and I had no problem reading this book late into the night. My thanks to Osprey Publishing and IPMS/USA for the chance to review this great book.