Wehrmacht in the Mud 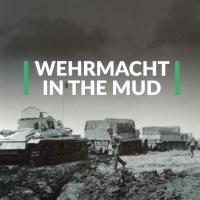 The latest in MMP’s “Camera On” series is dedicated to a broad selection of German vehicles and equipment battling mud. This book is useful, not just for diorama ideas, but for terrific reference photos on how mud actually looks; something that is rarely depicted accurately in dioramas and scenic bases.

In the forward the author makes it clear he is not trying to add to the body of knowledge about German military vehicles. The book is dedicated to depicting the vehicles in the conditions in which they found themselves, primarily in the rainy season on the Eastern Front.

The almost 150 black and white photos are well captioned to give the researcher a good idea of the context of the photos. No documentary credit is given for any of the photos but in the opening remarks the author implies that all are from his personal collection.

The book contains some very nice photos that are to the best of my knowledge, previously unpublished (i.e. you can’t find them on the internet!) and contain dozens of super ideas for composing dioramas. But the thing I like best about the book is not the picture of the tanks and trucks. The photos of the mud and terrain are worth the price of the book itself. This alone makes the book an invaluable reference of that eternal enemy of soldiers and military vehicles.

If you are a diorama builder, I highly recommend you add this book to your reference library.

Many thanks to Casemate for the review copy.