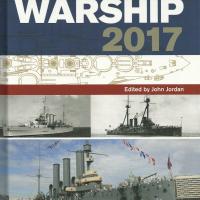 The Battleship series is a yearly publication which includes historical research topics related to naval warfare. The Editor is John Jordan and each yearly edition has multiple authors.

The main articles in this issue are all scholarly publications, with in-depth study, analysis, and references. They are interesting reading for a modeler and priceless for the researcher. As a modeler don’t expect a “Walk-Around” or “in-detail” images or drawings for your next ship model. Having said that, the research value of each article is immense and the reading very interesting.

The last section (“Warship notes”) are very short articles, often just one page long on a variety of naval topics.

I would like to thank Osprey Publishing, Conway Publishing and IPMS/USA for the review sample.