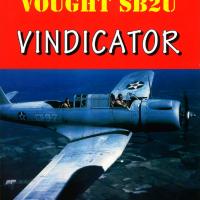 Author Steve Ginter is a noted military historian who publishes the Naval Fighter series that was founded in 1980. After graduating from California State University-Northridge, Ginter became a US Navy pilot, serving from 1966 to 1972. Upon leaving the US Navy, Ginter held a series of management positions within the Thrifty Drug chain for the next twenty-one years. In 1996 he became the CEO of Sentai Distributors where he directed company operations until 2011. The Air Force Legends series was initiated in 1998 with the publication of ‘The Martin XB-51’.

Co-Author Joe Weathers, Jr. attended a military college prep school, New Orleans Academy, before attending Louisiana State – Baton Rouge for mechanical engineering. Joe was accepted into the USN NAVCAD program and reported to NAS Pensacola in October 1962. Weathers returned to LSU, but at the New Orleans campus, where in majored in history. He worked at the New Orleans Lakefront Airport to help finance his education and it’s there that he became interested in the Vought Vindicator. Weathers went to work in the traffic and transportation industry at the port of New Orleans and has continued his interest in the Vought Vindicator.

Steve Ginter’s Vought SB2U Vindicator is the latest in his Naval Fighters series. This edition is in their standard 8.5” x 11” format softbound publication that has 248 pages (excluding covers). I counted 528 clear black and white photographs and 89 pictures in color. You will also find five tables along with 25 drawings.

The Vought SB2U Vindicator was the US Navy’s fastest aircraft when introduced in 1937 being the first monoplane adopted for the dive-bombing role. The US Navy utilized the SB2U-1 and SB2U-2 for carrier service while the Marines used the SB2U-3. The Vindicator was replaced by the Douglas SBD by September 1942 but was still in use with the USMC through September 1943. The attack on Pearl Harbor saw seven VMSB-231 Vindicators destroyed at Ewa Field. Vindicators also saw action in the June 1942 Battle of Midway.

The Vought Vindicator also saw service with the French and British navies. Originally intended to serve on a French carrier, the French decided the carrier was too slow and she was declared obsolete. The French Vindicators ended up serving from land bases until the Armistice. Vought produced 260 Vindicators, but only one survives which is on display at the National Aviation Museum at NAS Pensacola in Florida.

What I found fascinating was the first person narratives that Joe Weathers Jr. has collected for this book. He was able to contact USN, USMC, and Vought test pilots and related personnel in the development of the aircraft to document their experiences with the Vought Vindicator. It was interesting to note that French Captain Gerald Mesny concurred with Vought’s Boone T. Guyton that the French Vindicator, V-156-F was probably used in missions against England after the French armistice was signed in July 1940.

The last section is focused on model kits of the Vought Vindicator. A description of each kit also includes photographs of the kit box tops and / or views of a finished model. The Chapters include:

This tome is an essential reference for the Vought Vindicator with plenty of photos and illustrations. The first person interviews are a huge plus from Joe Weathers Jr. Ginter also provides reviews of the available kits of the Vought Vindicator for the modeler. If you have any of the Ginter Naval Fighters or Air Force Legends series, you know how great a value this book is. Highly Recommended!

My thanks to Ginter Books and IPMS/USA for the chance to review this great book.