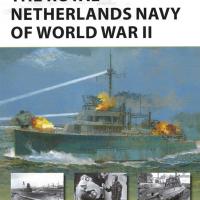 Much like its European contemporary France, the Netherlands entered the twentieth century with a considerable empire, a strong naval tradition, and a current navy badly in need of modernization and decisive political direction. Being on friendly terms with Great Britain through much of the 19th century ensured that the far-flung Dutch imperial possessions in the East Indies could count on the protection of the Royal Navy. The Royal Netherlands Navy need only keep small, inexpensive coastal vessels on hand for immediate defense. However, by the early 20th century, the Second Boer War with Britain in South Africa, coupled with Japanese naval expansion following Japan’s victory in the Russo-Japanese War changed the calculus in the minds of Dutch naval leadership.

The ensuing decades saw the Dutch Navy follow a tortuous path of conflicting armament strategies and sporadic political support for expenditures. The small scale of industrialization in the Netherlands ensured that the Dutch Navy would have to rely on foreign powers for capital ship construction. The advent of the First World War erased that possibility, requiring naval strategists to opt for a different plan of defense for their Pacific empire, one based primarily on a fleet of submarines as the main striking element, backed by a small force of destroyers, cruisers and aircraft to search out targets for the submarines. With the end of the Great War, the Dutch again turned to foreign powers for technical and design assistance. While the British provided some strategic material such as steel for armored protection, it was the Germans who increasingly provided the bulk of equipment and expertise to construct and outfit the small but growing number of Dutch warships, while at the same time giving the German engineers a secret place to develop their own growing navy.

The book describes in detail the design and development of the major Dutch surface and submarine units, its scout/light cruisers Java, Sumatra and DeRuyter, torpedo cruisers Tromp and Jacob van Heemskereck, its destroyers of the Admiralen and Gerald Callenburg classes, and its numerous submarines. Noteworthy were the use on surface ships of 40mm Bofors anti-aircraft guns (the first of any of the world’s navies) with dedicated automatic fire control, and the heavy German design influence in later submarines. Nearly all of these vessels, surface and subsurface, participated in actions in the Pacific during the early Japanese onslaught. While many of the surface vessels, including Java, DeRuyter and several destroyers were sunk in desperate delaying actions, most of the submarines lived to fight another day. Light cruiser Tromp soldiered on with the Royal Navy and participated in the Normandy invasion.

Like many of its New Vanguard contemporaries, this Osprey edition provides artist Paul Wright’s profile and cut-away illustrations of the major warship classes, as well as dramatic interpretations of the naval actions in Badoeng Straight in Java waters, and of destroyer Van Galen against dive bombers in Rotterdam harbor during the German invasion. The one disappointment is the lack of tables easily defining named units and specifications of each class of warship. That information is all there in various places, but the reader needs to thoroughly comb the text and accompanying charts to eventually gather it all. Other than that one omission, this is another concise, well written and illustrated account of one of the lesser appreciated naval combatants of the Second World War.

My thanks to IPMS and Osprey Publishing for providing this volume for review.