Poles in the Battle of Britain: A Photographic Album of the Polish "Few" 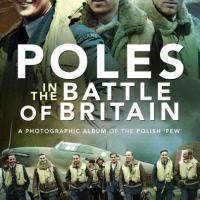 "Peter Sikora makes excellent use of his outstanding knowledge, expertise and passion for history of the Polish Air Force to tell an often-forgotten tale of the Polish Few who fought alongside the British during the Battle of Britain. The author manages to capture in a moving way the reality of life for Polish airmen through personal stories and unique photographs. His work is an important contribution to honouring the memory of those who fought for the freedom of Europe, Britain and their faraway motherland." - Polish Ambassador Arkady Rzegocki.

The Polish Air Force, which was reborn in Britain in the summer of 1940 from flying and ground personnel evacuated from Poland and then from France, proved to be one of the most successful formations to fight the Luftwaffe during the Battle of Britain. Overcoming the obstacles of language and operating in a foreign country, the Polish Air Force gained independent status, flying alongside the RAF rather than being a part of the RAF – and for the first time the Polish Air Force became a separate air arm of the Polish Armed Forces.

It is stated that 145 Polish pilots fought in the Battle of Britain, many of them experienced and battle-hardened. These men fought not only for freedom of their own homeland but also for British people, of whom they often knew very little. The Poles were able to form four squadrons, two bomber and two fighter, that went into operations during the Battle of Britain. Many other Polish fliers were dispersed across the Fighter Command, joining various RAF squadrons. They all made a decisive impact, when they were needed the most, gaining the respect their British colleagues and the British public.

In this superb collection of photographs, the story of the Polish Few is told from their hazardous journey from Poland to the UK and in the great struggle for control of the skies above Britain during that memorable summer of 1940.

This book can be summarized as follows: Each page has anywhere from one to three black and white pictures with text describing the content, identifying the persons shown and often providing some historical comment on the various individuals. There are several pictures of Hurricanes and Spitfires in flight, on the ground or destroyed. The pictures are not clear, high quality reproductions that offer much detail, although the author makes some point to note certain details for the uniforms and insignia worn by the individuals in some of the pictures. I am guessing the pictures were taken by other pilots and ground crew rather than by a "professional" photographer, and therefore the poor quality.

The Peter Sikora has done a superb job in researching the various members of the Polish Military Aviation, or more commonly, though incorrect, "Polish Air Force", shown on the pages. All escaped from the horrors of the German invasion and subjugation of their homeland, and later from the debacle in France. Many gave their lives in the air after overcoming some doubt of their skills and abilities by their British hosts.

I found the introduction quite informative as it provided some historical insight to the story of Poland.

This publication is not for everyone, but does offer some interesting information on the pilots and crews that flew in the Royal Air Force during the Battle of Britain. This is just the tip of the iceberg with respect to the significant contributions made by the Polish men and women in the final victories of World War II.

I wish to thank IPMS/USA and Pen and Sword Books for the opportunity to review this publication.