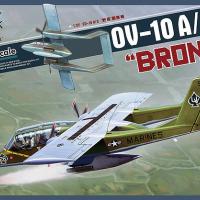 We sincerely appreciate the manufacturer Kittyhawk for providing this kit to IPMS/USA for review! (and the usual thanks also to IPMS USA Reviewer corps leadership for sending the kit my way).

Kittyhawk, as a relative newcomer to the plastic model aircraft arena, is breaking new ground with each new release. First, they are delivering kits we old timers never thought we’d see. A look at their website shows a commitment to stepping up to the plate. Right now the 1/32 kits are causing extreme excitement, and rightfully so. Read on.

We customers are provided with a box espousing six marking options (one United States Air Force Gray, Two United States Marine, one Thai, and one Philippine Air Force. All are colorful options, and cover the bases for markings. By the way, the wing mounted zuni pods are NOT included in this kit; they are from a 1/32 crusader, more later.

The usual start is the cockpit interior. Ejection seats are first up, and when complete and painted, look the part. The harness appears a bit anemic, but when installed is fine for an out-of-box build. The instrument panels have detailed bezels; paint them gray overall, and then apply decals. After the setting solution kicks in, the panels look like the operational item; the plastic details with the decals provide a realistic 3-D appearance.

The basic cockpit interior has appropriate and accurate switch and panel sidewall details. Careful painting and drybrushing works fine. The propeller pitch controls are plastic, and the engine thrust levers are photoetch, which work in both cases for scale appearance. The aft bulkhead has circuit breakers and radio boxes, which also have excellent relief detail. A nose weight is included to place below the aft ejection seat. Up front, I recommend additional nose weight (about 1 1/2 ounce) be installed behind the bulkhead. At the end of the build, the model is slightly tail heavy. Use of resin ejection seats would also be beneficial, the appearance would be better, and the weight would be “free”.

The cockpit floor also serves as the upper nose wheel well. Side parts are provided to “box in” the nose gear. I installed the nose gear trunnion at this point, but left off the actual nose gear leg in a nod toward my ham-fisted modeling style. It can be added later.

There is an option to show off the aft cargo compartment. A floor and ceiling are provided, and this is all cemented together before cementing the fuselage sides together.

Both fuselage halves fit together very well. I needed to use a clamp to keep the halves cemented together, as the hull is very thin and tended to pull away from the cockpit tub. The actual aircraft is relatively delicate in the cockpit area, so this is in scale “effect”. The aft fuselage cap contains a radio rack which I installed and then cemented the whole thing to the back of the fuselage.

At this juncture, I deviated in a simple but, to my mind and others, important structural addition. There is NO wing spar in this model. Yes, the center wing upper section is one piece, and takes some of the load, but there are serious stresses put on the wing attachment points when the booms are installed. I used a nine-inch section of 5/16” basswood to make a spar. It slides in and provides a robust section to take the stresses off the plastic attachment points and distribute them throughout the structure, much as the actual aircraft.

The center wing sections come in three pieces. I used clamps and the spar to ensure the wings fit the root to fuselage juncture.

Next up are the two booms. Both are mirror images, and enclose engine firewalls and wheel wells. The builder must also decide which version is being built at this juncture, due to the requirement to install (or not install) flare launchers in the side.

The engines are very nice mini-kits; filters, fuel controls, etc. are all there, and a super detailer will have the usual fun in plumbing the fuel lines, etc. These are not provided, so there you go.

This is one area where I had a dilemma. A fellow Modeller here in OKC, Mahlon, had built the previously released OV-10D and had warned me about the fit of the engine cowls. He left them both open, because they were not really engineered to be closed. You can DO it, but be prepared to use filler. I left one open, to show off the engine for the review, but am not a personal fan of open aircraft. Your mileage may differ, just be forewarned about the fit issues. The forward upper cowl, when the booms are installed, required filler as well.

Having decided to close up the huge clear canopy, I installed the ejection seats and control stick, then carefully installed the front windscreen and overhead glass sections. The side panels were next, working from rear to front. I was VERY happy to finish this job, as we know how fickle liquid cement can be. The option is there to have both sides open for crew access. Installing the parts prevented dust and overspray from entering but also made it less of a fragile display model.

Weapon sponsons were an interesting challenge. First, the M-60 Machine guns are VERY well detailed; flash diffusers have slots, and the foremounts are appropriately ridged. They are also surprisingly forgiving of handling. I’ve tweeked the muzzles of all four on countless occasions, and they (so far) have not gone flying off into the hinterlands. The ammunition boxes and feed belts are generic. I expect someone might design a resin detail set for them, but when installed are extremely difficult to see. I decided to go ahead and close them up. I didn’t do such a great job on cleaning up seams as the area between the gun barrels is a bit tricky. The actual access doors fit tight and flush. Just take your time.

Fit of the sponsons to the fuselage is not as good. Filler was required, and I did not totally obliterate the seams because they are visible on the actual aircraft.

Landing gear is robust and detailed, including tie-down rings, etc. The nose gear fork can be installed at the end of the build, as can the main gear. Wheels and tires are easy to paint thanks to the depth of the detail scribing. They even have small flats to help with the sit (and appearance) of these off-tarmac tires.

External stores are provided in the form of Sidewinder AIM -9B, 7-round 2.75” rocket pods, two “Zuni” four-round 5” rocket pods, Mk 82 500 LB Bombs with option of low drag conical or high-drag “Snakeye” fins, centerline 220 gallon tank, and two wing tanks. Weapons missing for the Marine Broncos: One centerline-mounted Hughes Mark Four 20MM single-barrel gun pod and two-round wing-mounted (sidewinder rail adapted) Zuni rocket pods. The gun pod could be manufactured from the Kit’s centerline pod. If you have one, you can borrow the Zuni pods off a Trumpeter F-8 kit.

The Zuni pods were appropriate for this build; I used a drill, a #11 X-Acto knife, and chucked lengths of sprue in the drill chuck jaws to hand-machine myself some proper warheads. They are not perfect, but look better than the undersized warheads provided in the kit. Fisher model products has excellent, accurate Zuni pods if you want to go aftermarket. I also used the two kit-provided 2.75” seven-round pods. The centerline gun pod is something I’ll scratch build on the next Bronco. The fuel tank will suffice.

Painting requires a bit of masking. The canopy was relatively straightforward, using Kabuki Tape, a toothpick to burnish into the corners, and a sharp #11 blade. The color scheme I chose had an early white wing top, which did not encompass the entire upper wing or stabilizer. I used Testors Marine Green for the upper surfaces and propellers/spinners, and Tamiya IJN gray for the undersurface. It’s a bit dark, but after weathering looks good.

The kit Decals, where used on the instrument panel, worked well. The Kittyhawk review kit was paired with the AoA. decal sets for review, and the remainder was consigned to the decal bank. Decal and marking review of AoA items will be separately handled.

Final work involved final gloss and flatcoat, and masking removal with the usual touch-up required. Propellers were installed by replacing the prop shaft with a metal rod, along with a tube to install in the engine transmission section. The gun barrels were painted, the sponson area around them touched up, and various antennas and crew entrance steps were installed. As to weapons: Check your sources for what was carried on your chosen color scheme. USAF birds frequently had the M-60’s removed and the sponson openings masked over.

Fun historical note: A former Marine in my office works with a Fort Worth aviation museum, is a member of the Bronco Association, and has tech data! Supposedly the Marine Broncos were prohibited from carrying and dropping gravity weapons (bombs) because it crossed lines with the missions statement and utility of USAF Fast mover (jet) missions. I question this as Marine F-4’s and F-8’s carried gravity weapons, the same as USAF jets. BUT the USAF Broncos only carried forward firing weapons, as did the Marine Broncos. Make what you will of FAC verses Fast mover community politics.

This kit is highly recommended; Kinetic gets better on every release. Highest marks for subject matter and scale, slight markdown for fit, but a full 10 for decals and overall presentation. We need to buy these kits so this company can succeed! (The 1/32 T-28D is next!) Thanks again to Kittyhawk for choosing excellent, different subjects to produce, and supporting IPMS USA with review items to “get the word out”.