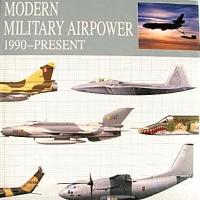 In this new offering from Casemate Publishing, authors Thomas Newdick and Tom Cooper, provide the modern aviation enthusiast with two-hundred full color aircraft drawings and forty photographs of everything flown today by squadrons around the globe. In the one hundred and ninety-two informative pages, there are some fifty-thousand words of text providing information on not just the aircraft themselves, but also on the branch of service for the country using them. The book is logically divided up by regions for the chapters, and then by countries within the regions. The opening page for each chapter shows a color line-drawing map for the region with the counties being covered within shown, making the book educational for geography as well as for the aircraft.

The chapters, as mentioned, are broken into regions as follows:

In addition, there is a Glossary and an Index following the aforementioned chapters.

The opening page of each chapter provides an overview of the region, and provides a short description of the air forces of each of the nations that are being covered. After the single-page introduction, each country receives its recognition, with space provided for each branch of service (when this is applicable), and each type of unit or squadron (again, when this is applicable).

Being a Navy veteran, and having served aboard aircraft carriers, my focus immediately went to that section of the book when it arrived. For an example of how the sections are written, I will use the United States Navy as a source from the book. The section on the U.S. Navy runs from pages sixteen through twenty-two and contains four aircraft drawings (each of which provides a box containing the specifications for the plane being shown) and two photographs. After an introduction on the basic organization of the service, the section begins with a table listing of the Strike Fighter Squadrons including the squadron numbers and names along with their associated Naval Air Station (the land base for a squadron when their assigned ship is in its home port), and the aircraft being flown. At present, all of the squadrons listed are flying the F/A-18 in the A+, C, D, E, or F variant. The next table is for the Electronic Attack Squadrons followed by tables for the Airborne Command and Control Squadrons, Helicopter Maritime Strike Squadrons, Helicopter Sea Combat Squadrons, and finally Patrol and Reconnaissance Squadrons. In addition to the basic organization of the U.S. Navy, there is discussion on “Rotary Flight Rationalization” and “Naval Reserve Airlift”.

Although the book title is for 1990 to present, this book does not go back in time, and only provides the latest information for the nations of the world and the aircraft that they are utilizing today. In many instances, there is discussion on the plans of the air branches and aircraft to which they will be transitioning. There is a vast amount of information provided in this book, as there were far more countries that sport air forces than I had realized, and all of them can be found within these pages.

Overall, I would highly recommend this book to any modeler wanting reference to the modern air forces of all of the nations of the world. The information provided, and the convenient layout of this book makes it both useful and easy to use. I would like to thank the folks at Casemate Publishing for providing this book to the IPMS-USA for review, and I appreciate having been afforded the opportunity to write this appraisal. As always, thanks to you the reader for taking the time to read my comments.