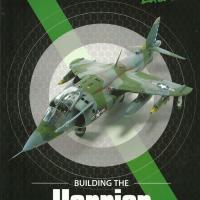 In particular in this issue you have articles covering

In addition to all those articles, there are 6 photographic references for different deployments or users, line drawings (1/72 scale) for the Sea Harrier F/A-2 and a well written, although high level, introduction to the history of the airframe.

All the articles are build articles, review type in some cases, with hints and tips as to how to assemble the model, while others articles focus more in the painting and weathering techniques. All articles are lavishing coved with high resolution color pictures as you are accustomed from Model Aircraft Magazine.

I would like to thank Model Aircraft Magazine and IPMS/USA for the review sample.