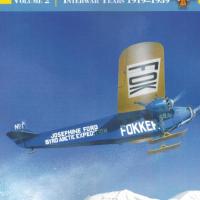 Only 1 of the 6-aviation related Medal of Honor awarded in this period was for action that involved combat by USMC Lieutenant Christian Frank Schilt in Nicaragua in 1928. 3 of the other 5 men awarded the Medal of Honor were presented for exploration including Admiral Byrd (North Pole flight) and the other 2 awarded were for lifesaving efforts.

It is very interesting that Charles Augustus Lindbergh, Jr received the army designed Medal of Honor for his solo flight across the Atlantic 20-21 May 1927 even though he was no longer on active US Army duty. Authorized by a special act of Congress in December 1927 Lindbergh was presented the medal by President Coolidge in 1929.

These and other accounts are documented by the authors for the 6 Medal of Honor awarded and the feats that merited the award.

This book has a very good photo selection for the aircraft used in this period and would be very good reference including for any model builder interested in the following aircraft:

I would highly recommend this book not only to aviation modelers but also to those interested in the history of some iconic aircraft of this period covering 1919 to 1939.

I want to thank the publisher Aeronaut Books and IPMS/USA for the opportunity to review this book.