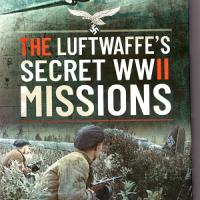 Dmitry Degtev is one of the leading Russian researches of the history of the Second World War. Widely known to readers for his publications on military aircraft of the 1930s and 1940s, he has been studying the air battles of the Second World War and the history of the Luftwaffe for more than twenty years. As a result, he has assembled a huge amount of exclusive material on events and battles previously little known to the wider audience. He also has more than twelve years of experience teaching Russian and world history and currently lectures at Nizhny Novgorod State Technical University. He lives in the Russian Federation.

Dmitry Zubov is the author of twenty-two books on military history. In his works he prefers to analyze the psychological causes of historical events. A professional psychologist, Dmitry is an Associate Professor who lectures on psychology at the Nizhny Novgorod State University. He also lives in the Russian Federation.

As the Preface states, the events in this book are “very exciting and dramatic events, not inferior to the scenarios of the best American blockbusters”. Ok, Hollywood, every chapter of this book could be turned in to a thrilling big screen movie!

This is one of those books you just can’t help telling people about. I think to date I have told several dozen people about it. It is filled with spies, code names, bold missions, captures & surrenders, and even double agents. The book charts in exciting fashion the formation of an organization known as the Abwehr—a secret intelligence organization of great complexity.

One segment in the book about Spy Kids has been stuck in my mind. It sure isn’t about a Disney movie. Rather, it tells how the Abwehr came up with the idea of ‘recruiting’ children to be spies in Russia. This in and of itself may be appalling to some people, but it was the method in which the child spies were selected which made an impression on me. If you can picture a setting somewhat akin to child gladiator fights where the strong are the victors and the weak, well…let’s just say you should read the rest!

Even intwined in all of the exciting espionage taking place, there are some moments of humor. Russians who had been trained in Abwehr intelligence schools were boarded on planes and flown secretly into Russia. The problem was they were often so nervous they had to be given copious amounts of vodka to steady their nerves. Needless to say, by the time the plane landed, they needed “assistance” to get out of the plane!

This is a fantastic book and its stories could easily become blockbuster films, as the Preface states. It brings the reader into the world of total espionage from recruiting, training, mission planning, and plain old underhandedness. It’s one of the best military books I have read to date!

Thank you to Casemate Publishers for providing a copy of this thrilling book for review, and thank you to IPMS for the opportunity