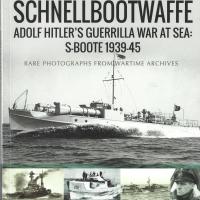 The book is another in the great Images of War series. This book covers the history and actions of the German SchnellbootWaffe units though out the second world war.

The book really is about the development of the use of the SchnellerBootwaffe on its various forms and the operations it carried out. Also, the British forces actions and defenses against the units.

The images in the book are excellent and cover all levels of the action and history of the units.

The book is full of amazing photos, and they provide so much information. I learned so much from reading it.

Thanks go to Pen and Sword Books for providing this book to review and IPMS USA for allowing me to review it for them.