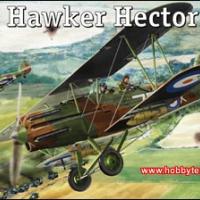 The fit on this model had me working very hard from every direction. For example, on the tailplane, there was a locator tab that didn’t seem to have a matching hole. The result was that I accidentally mounted the horizontal stabilizer inverted. I had to carefully prize it off and clean the parts before remounting it and adding the vertical stabilizer and tail struts.

I applied most of the paint scheme before final assembly. A second-line R.A.F. type, (post-1941) called for a medium gray/olive green upper surfaces (Testors 1163 Flat Gray for the gray and my suicide stew bottle of mostly Pactra olive greens for the green) and “Sky” undersides (a mix of Testors 1162 Flat Blue and Model Master FS36375 Light Ghost Gray).

The pattern I decided to use was Eddy Wass’ “Variations on ‘A’ Scheme” article from IPMS Journal May/June 2001; the A-scheme was used for the fuselage, tail and lower wings while Mirror-A was used for the upper wing. Suicide Stew Green for all the struts; Testors Flat Brown for the fuselage front, Testors Rust for the exhaust pipes and oil cooler, and Model Master Guards Red for the prop spinner and wheel hubcaps (the Guards Red was a gift from a Knoxville IPMS club buddy!).

The wings were very problematic. I’d seen warnings online about possibilities of the struts being the wrong length and set for the wrong locator holes, so I was somewhat anxious. It turned out that I likely set the lower wings a little too far aft on the fuselage (maybe just over a millimeter or so?). As a result, getting the interplane struts to fit the upper wing was a smidgen short of a nightmare. By the time I got them secure (and it took a lot of Plasti-Zap relative to the size of the task!) and got the cabane struts on, I saw that the upper wing had a decided negative angle of incidence relative to the fuselage/thrust line (for laymen, that means it sags in the front, pointing down when it should be level). The interplane struts are too flimsy to adequately hold the load and should be replaced with something sturdier.

I haven’t decided whether I want to disassemble this model and correct it, or leave it as-is. As a result, I’ve left off the final detail parts (windshield, fuselage window, antennae, etc.) and decals for the moment.

Because of the effort it took to complete this project, I can only recommend this kit to very experienced aircraft modelers who have built short-run kits and biplane models before. I don’t recommend it to novices. Still, if you absolutely have to have a Hector in your model collection, this is your main option.

PS: People might be asking, it this the plane that is in the 1998 version of The Mummy? Well, not exactly. The plane actually used in the movie was a Stampe SV.4, cosmetically modified to look like something closer to the historical period (a DeHavilland AIRCO DH.9, for example). But the Hector, and other planes of the Hart/Demon/Osprey/Hind/Audax/Hardy/Hartbees family, certainly looks the part.

Thanks to John Noack, IPMS/USA, Amodel and HobbyTerra for my sample, and to Knoxville Scale Modelers/IPMS, Great Smokies Hobby Shop, Hobby Lobby, Magic & Fun World, and the forum at IPMS/USA for material and informational support on this build.

Completed kit port side from front

Completed kit port side from tail

Completed kit from top starboard side

Completed kit from port side
Previous Next