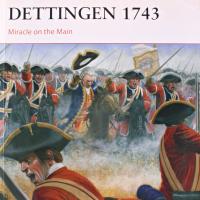 Thanks to Osprey Publishing & IPMSUSA for the review copy!

Michael (Mike) McNally, a native Londoner, has authored ten books for Osprey – this is his latest. Mike has written about the battles of Aughrim, Boyne and the Irish Brigade in French service. He is working on German colonial campaigns during WWI, Irish military history and the Marlborough campaign.

Sean O’Brogain is a well-worked artist and illustrator for a wide variety of clients, including the National Museum of Ireland. He resides in Donegal, Ireland.

You get a 9.75 X 7.25 inch size paperback book that follows the usual pattern of Osprey Campaign books – well illustrated in color, chock full of images and maps, easy to digest, and thorough enough to understand the conflict. Mike McNally follows this pattern perfectly. There are the usual eight sections plus Bibliography and Index:

Disclaimer: I am not an aficionado of pre-Napoleonic or Napoleonic European military history. I have no preconceive ideas about what this book should be. I am hungry for learning in general and military history is always an education about life in general. That said, I had not heard about Dettingen 1743 before. Appears to be just another bayonet blood bath between guys wearing very pretty clothing. It is, BUT this battle meant something to each and every one of us even today. It set the stage for a better understanding of the American Revolutionary War (just a generation away from Dettingen), and for why Napoleon did what he did. It also has important lessons about following orders and snatching defeat from victory.

This book started with a description of the royal intrigues of who wanted to govern which country, and how intertwined the ruling families were. European power was in the hands of a few families, and they continuously squabbled amongst themselves for ever more titles and lands to rule. Rulers often died young and/or unexpectedly, leaving power vacuums with several descendants as claimants to thrones, making for bloody soap operas of egos. Wars settled these family spats, followed by diplomacy.

Dettingen 1743 is remembered as just another British-French altercation, but was actually about the Holy Roman Empire (HRE) and Bavaria, using French troops, to help put their favorite family member to rule Austria. Both the British and French were deeply involved because of family ties, and also to push their national agendas at the expense of their long-time, hated adversaries.

In fact, the King of England (one of many of his titles), whose family was from Hanover (what is now part of Germany), was taking his usual summer vacation in Hanover and decided to dally in order to join up with his army and allies for the Big Show – mainly because he was jealous of his nephew, Frederick the Great, and his military accomplishments. Because he was King, he was automatically the CinC of the Allied Pragmatic Army (a coalition force). A king leading troops in battle was unusual by this time, and had important effects, both good and bad, for the winners of the eventual outcome of this battle.

Briefly, the Pragmatic Army was a coalition of British, Hanoverian and Austrian elements (foot soldiers, cavalry and artillery) fighting for Queen Maria Theresia to head Austria (another War of Succession, this time the Austrian Succession). Neighboring HRE and Bavaria were pushing for a different head of Austria in order to absorb it later, but their armies were so depleted they allied with the French of Louis XIV. The French had a 3:2 majority of total men, but a large advantage in hidden heavy artillery set up in a killing zone trap cunningly laid by their commander (Duc de Noallies).

What ensued is not what was predicted by either side. The French were set up for a smashing victory at small cost, and would probably have bagged the King of England, causing a major shift in today’s world politics. As usual, division of forces, not following orders for the sake of personal glory-seeking, and the usual fog of war ended up giving the British-led Pragmatic Army a major victory when total defeat was staring them in the face. You’ll have to read the book for details (where the Devil always resides), but know that each side claimed victory, and did accomplish their major strategic goals. Perhaps Dettingen has been semi-forgotten to history because it did not end, but only further complicated the War of Austrian Succession, leading to yet more definitive battles. And as usual, the local inhabitants had their almost ripe harvests trampled into oblivion, leading to years of starvation and ruin. Some things never change.

This relatively short, easy-to-read and easy-to-look-at booklet gave everything needed to better understand this battle and its implications afterwards. The illustrations, artwork of key battle moments, numerous maps and present-day photos gives the reader a clear view and understanding of how the battle proceeded to its historical conclusion. Mike also welcomely interjected his interpretation and analysis of events, cutting through the propaganda perpetrated after the battle and persisting to this day.

In short, this easy read is highly recommended to learn about an oft-ignored battle that had everything going for it – intrigue, high stakes, royalty, stupidity, common man heroes, and how fickle war can be.