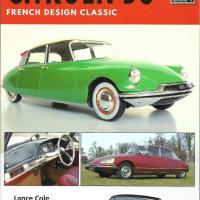 The origin of Pen and Sword Books is closely linked with its sister company, the Barnsley Chronicle; one of the UK's oldest provincial newspapers – established in 1858 – and one of the few weeklies still in private ownership. The first books published by the company were in response to public demand following of a series of articles published in the newspaper:- Dark Peak Aircraft Wrecks told the story of crash sites in the Dark Peak area of the Peak District National Park, and a further weekly feature on the history of two Kitchener battalions, known as the Barnsley Pals, aroused a thirst for more information. Following on from the success of Dark Peak Wrecks and Barnsley Pals books, a number of local history paperbacks were produced along with a series of battlefield guide books. Battleground Europe proved immediately successful and as more and more titles were produced the company made the decision to launch a book publishing arm of the group. The company acquired the Leo Cooper military history imprint and "Pen and Sword" was born. Leo Cooper, the husband of the famous novelist Jilly, had established a strong reputation for publishing military history titles and had some famous books in his list. With the Leo Cooper imprint and its backlist, Pen and Sword became established as one of the UK's leading military history publishers. With over 350 books published every year, Pen and Sword has established itself as a specialist book publisher.

Lance Cole is a journalist and the author of over a dozen books. He has written features and news items for many of the major automotive and aviation titles. He has also been a columnist with the Daily Telegraph, The Independent and the South China Post. A former Sir William Lyons Scholar, and national press columnist, Lance is also a trained designer, photographer and illustrator. His books include Bugatti Blue, Vickers VC10, Secrets of the Spitfire, Saab Cars, and The Classic Car Adventure. Lance has worked in car design and he has restored several classic cars. He has off-road and 4x4 driving experience in Jeeps and Land-Rovers in Africa and Australia.

Pen and Sword Books fourth entry in this new Car Craft series is a square back soft cover includes 64 glossy paper pages. The cover features color photographs of Norev’s 1/18 DS 19 die-cast (Top), the dashboard of a right –hand drive British DS (Center Left), a red DS (Center Right), and a color profile of a post-1958 DS 19 by Lance Cole [Bottom]. The rear cover features a post 1962 DS with vents around the headlamps (Top), a Traction Avant which represented a huge step forward in styling for Citroen (Upper Center), an early test build of the Ebbro 1/24 DS 19 plastic kit (Lower Center), and a color illustration of a late DS for the export market by Lance Cole (Bottom). I counted 109 color pictures and 21 black and white photographs. There are also eighteen color illustrations by both Lance Cole and RJWDesign.

Lance Cole kicks off Pen & Sword’s Citroen DS with an overview of the technology Citroen embodied into their aerodynamic sedan. Thanks to the hydro-pneumatic self-leveling suspension and four wheel disc brakes, the Citroen DS had surprising ride quality, road handling, and braking. Globally, over 1.4 million vehicles were manufactured in twenty years (1955-1975). Lance Cole describes the environment that made it easy for Andre Citroen and his team as Paris was the center of aerodynamic design and engineering, on the air and on the ground. A description of the Citroen’s predecessors, including the Traction Avant that was introduced in 1936. The Citroen DS was introduced at the 1955 Paris Auto Show and was an instant hit with the sales staff being flooded with orders for this new design to replace the Traction Avant. Lance Cole mentions that one of the issues that impacted sales of the Citroen DS was its 1.9 litre engine, especially in the American market. This was because France was extremely strict on engine power, enforcing a horsepower tax after World War II. The many variations in the basic DS design are covered, including the station wagon, and two-door convertible variants, along with several custom-built two-door variations built on a shortened DS chassis. The sections include:

Our family owned two Citroens: a white 1960 DS19 Wagon and a black 1969 DS21. The nearest dealer was at least two hours away leading my father to do most of the maintenance himself. This was not a terrible worry, since my father was an avid SCCA racer and it was quite a second-nature to him. Indeed the attraction to my dad was the Citroen’s success in motorsport, winning the Monte Carlo rally in 1959 and 1966 (along with other rallies up until 1974). I can remember that the Citroen DS was a very comfortable car, easily more than a Cadillac, yet it didn’t feel like you were on a pleasure boat with a super large turning radius. The front wheel drive and suspension allowed it to dive into corners. Another memory of the DS 21 was how easy it was to change a tire. All you had to do was set the suspension to full height, set your support for the wheel with the flat, then lower the suspension.

Lance Cole provides a good summary of the background, development, and variations on the Citroen DS and really brought back some good memories. Similar to other volumes in this series, die-casts and plastic kit build reviews are included. Noteworthy is a nice build review of the Ebbro 1/24 Citroen DS 19, with some good in process pictures. The 64-pages is an easy read and I devoured it in one evening.

My thanks to Pen & Sword Books Ltd., Casemate Publishing, and IPMS/USA for the chance to review this great book.