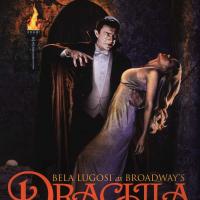 On the heels of all the other great releases, Frank Winspur and Moebius have added a "Deluxe" version of Bela Lugosi as Dracula; IPMS reviewed the kit.

I'll concentrate this review on the differences and there are quite a few. The first obvious one is that our friendly neighborhood vampire has found himself a lovely female victim. She is passed out from fear in a lovely gown and fits right up against Bela. This did necessitate a change in the position of Dracula's arms and cape to accommodate the second figure. last, the base has an added column and a bat and rat.

The victim in this case is a young lady and constructed from 18 pieces with the arms, legs, head and hair being multiple pieces. The pieces were all assembled and pieced together. It required putty primarily on the seams where the lower arms met the top of the arms. Several passes and this was smooth. The same goes for the dress and the inside of the dress must be filled and sanded as a lot of is visible around here legs. Fit is good here and the legs and shoes were left off for ease of painting. The hair was assembled and did take some putty to fit the head.

The base had an additional part on the front right. This fits well and supports the column which is a two piece part. The column fit well but took a little filling and sanding to get perfect. I joined this to the base and used taxidermy base (a mixture of gravel, sand and plaster) to fill in round the column for a nice decayed look. The same was used when the back wall was joined. The back wall and door were painted as in the fist build. The columns was painted the same method. It would look good with some PE ivy or growth attached to it but I was running up to the deadline. The bat and rat were painted and added to the top of the column and the base. All was flat coated and sat aside.

With Dracula and the victim assembled and primed with Alclad grey primer. The victims skin was coated with garage kit flesh base coat from Garage Kit USA color (www.garagekitsuscolors.com) which are airbrushed and give a great finish. I slight darkening to the eyes and lightening with pale flesh to the remainder and all was sealed. Here eyes are closed so I line to indicate the eyelashes. Her mouth was started in black and the teeth white. The lips and finger nails were gloss red. I wanted the hair color blond so that it stood out against the dark colors. I started with walnut brown and then dry brushed with Liquitex oxide yellow. A dark brown wash followed by several lighter yellow colors and it was sealed.

I decided to go with a dark red dress and used Boyd's Red from Testors. Nice and glossy. It was highlighted with light brown and then a darker brown. A lighter red color was used for highlights. Finally, the legs and shoes were added and a flat coat added.

Dracula was painted exactly the same with one noticeable difference in that the lining of the cape is gray versus purple in the original build. Dracula was added to the base and them the victim. Both kits have pegs in the feet which makes the alignment easy. Fit is good all around tot eh very end.

Another great kit from Moebius and a logical extension. I am still struck by Lugosi's likeness which is superb. Another hit! My thanks to Moebius Models and IPMS/USA for the chance to review it.