Battle of Britain, The Fight for Survival in 1940 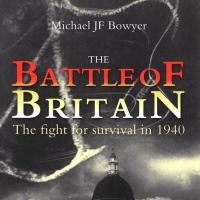 When we hear the words Battle of Britain, those of us who build aircraft models, especially those flown in WW II, immediately think of Spitfires and Hurricanes fending off what was, during that summer of 1940, the best air force in the world. They were the icons of that aerial struggle, but they were only part of the story. The Battle of Britain was also the story of young fighter pilots who flew the Spitfires and Hurricanes, as well as those who piloted lesser-known RAF aircraft and those pilots and gunners of Coastal Command who protected convoys in aircraft bearing names like Hudson, Skua, and Roc. On the ground, the Battle of Britain also was the Home Guard training for the expected invasion; the aerial spotters with tin hats and binoculars; neighbors sadly picking through their bomb scattered possessions, and children climbing over the rubble in the streets. It was daily newspaper reports of yesterday’s convoy losses, downed aircraft claims and obituaries that included names of neighbors down the street. It was making do with rationed food, listening to BBC radio broadcasts and keeping windows closed and blacked-out during hot summer nights. It was a story of survival and spirit that few today take time to learn about and a diminishing number among us remember.

Fortunately, there are those who both remember and share the stories with us. Author of Battle of Britain, The Fight for Survival in 1940, Michael JF Bowyer, is one of them. Bowyer is uniquely suited to share the story with a wider perspective than most authors. He was an eyewitness to the event, a schoolboy who experienced it personally and continued to study it as a significant pursuit in his adult vocation as an aviation historian. In this 432 page softcover book he combines what he witnessed with his ongoing research into an interesting narrative that draws you in and makes it difficult to stop turning pages.

In the first four chapters, Bowyer describes the events leading up to the Battle of Britain. He presents a clear picture of how failed efforts to counter the Blitzkrieg successes in Norway, Holland, Poland, Czechoslovakia, Belgium and France, as well as the miraculous Dunkirk evacuation positioned Britain as the inevitable last obstacle to Germany’s conquest of all of Europe. In chapter five: "What’s going on?", bombs begin falling on Britain for the first time since the First World War, bringing the war home to the citizens who had been lulled into a malaise during a period the U.S press had called the ‘Phony War’. Bowyer vividly paints a picture of the way life was in the UK 70 years ago, and how it would be forever altered by the events that were unfolding. Through his adolescent eyes, readers are able to see and feel the hardships endured and how the British stiffened their spine to hold the line until Goering’s Luftwaffe failed to fulfill his boasts to Hitler. Daily RAF Fighter Command missions are described, Bomber Command sorties over Germany are detailed, and Coastal Command operations are recounted. All of the successes and setbacks are brought to life in the ensuing fourteen chapters.

The text is punctuated with more than 250 period photos that add much to the day-by-day descriptions of events occurring throughout Britain, France and Germany from the end of 1939 until the aerial battle began to subside in late 1940. Some of the photos may have appeared in other publications about the subject, but many seem to have been searched out and preserved for this book. In addition, there are numerous sidebars that provide significant headlines and quotes at appropriate spots throughout, and many useful appendices at the end of the book that provide statistics about aircraft types in service, serial numbers, squadrons involved, Luftwaffe attacks, tons of bombs dropped, number of missions flown, pilots’ nationalities, casualties, combat claims and actual RAF and Luftwaffe losses.

This is not the book to purchase if you are looking for just another collection of walkaround photos of Spitfires, Hurricanes and Messerschmitts preserved somewhere in a museum. There are plenty of other books available to fill that need. But when you decide to build that model of Bader’s Mk.I Hurricane or Galland’s Bf 109E4 and want to learn something about why kit and decal manufacturers decided to provide us with opportunities to model such subjects, spend a few more dollars and add this book to your library. Then, while the paint on the cockpit parts is drying, pour a fresh cup of coffee, or maybe tea, and start reading the story about why these men and machines went to battle against each other. As you do, you may imagine the white vapor trails lacing the clear blue sky over London and listening to the unique drumming of those Dorniers’ engines as they begin to appear on the horizon. You also may imagine the Prime Minister’s stirring words on ‘the wireless’ and maybe smell the exhaust of a Spitfire’s Merlin engine as it barks to life. It will all come alive in this book and you may refill your coffee cup a few times as you read on.

Wiithout reservations, I recommend this book to anyone who has even a passing interest in The Battle of Britain.

My thanks to SpecialtyPress and IPMS/USA for the opportunity to read, and thoroughly enjoy and reviewing this book.